From Old School RuneScape Wiki
Jump to: navigation, search
This article is about the wild plant. For the Farming crop, see Pineapple plant.
Pineapple Plant? (edit) 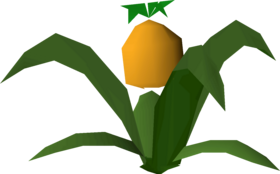 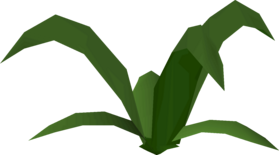 The fact the Ape Atoll plants only grow up to one pineapple at a time should be taken into account when running laps on the Ape Atoll Agility Course. Very close to the course's end, a single plant can be found, which can be used to help recover some health from running laps on the course. Once the pineapple regrows on this plant, it is beneficial to pick it as soon as conveniently possible, due to no further food growing there until it is picked again. Picking this pineapple should be enough health restoration to sustain players with mid to high Agility levels indefinitely, provided they bring a knife to cut the pineapples up into pineapple rings. For lower levels, however, this single pineapple may not be sufficient to sustain them.

Attempting to pick a pineapple from a plant that has already been picked empty will result in a message saying There are no pineapples left on this plant..