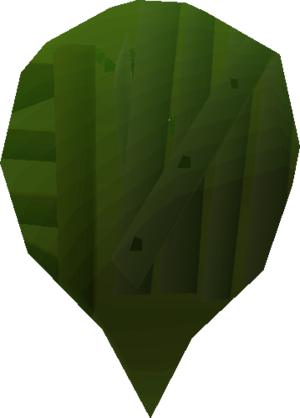 Poison Gas can be found killing the zombie variant of Undead ones on Karamja. All players within a square of the gas would receive 2-3 damage per hit. To avoid this, players need to be at least two squares away from the gas.

As the gas does not inflict poison, Anti-poison potions are not required.

Poison Gas was also a former random event while Thieving chests. Occasionally, while looting a chest, the chest would become stuck and gas would come out and damage nearby players. Despite the fact it had a green hitsplat, the gas did not inflict poison.