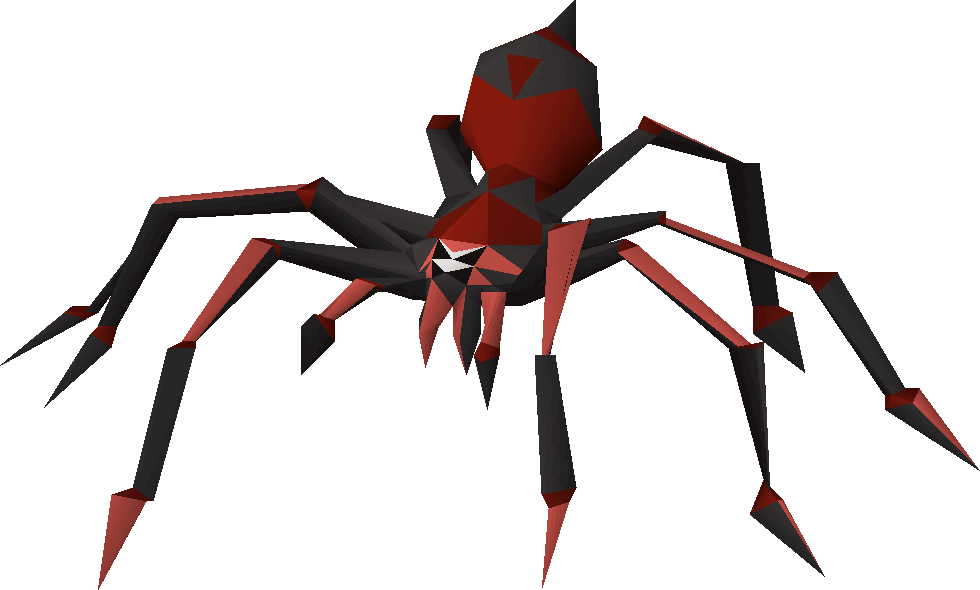 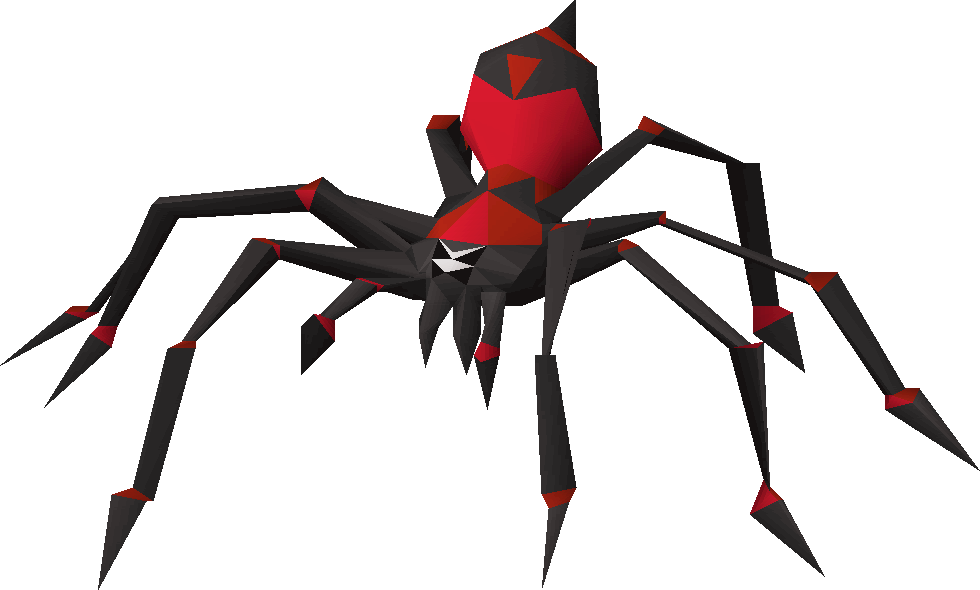 Poison spiders are monsters that can be found in many locations, including the Wilderness. They are aggressive and attack with Melee, being fairly accurate and able to inflict a poison that starts at a 6. Contrary to popular belief, Protect from Melee does not prevent them from causing poison.

The level 31 variant may be encountered during the Observatory Quest when searching chests for the goblin kitchen key. These spiders will immediately poison the player similar to cave slime, where simply being in combat with them will inflict poison.

These creatures pose a threat to players during the Family Crest quest during the battle with Chronozon.