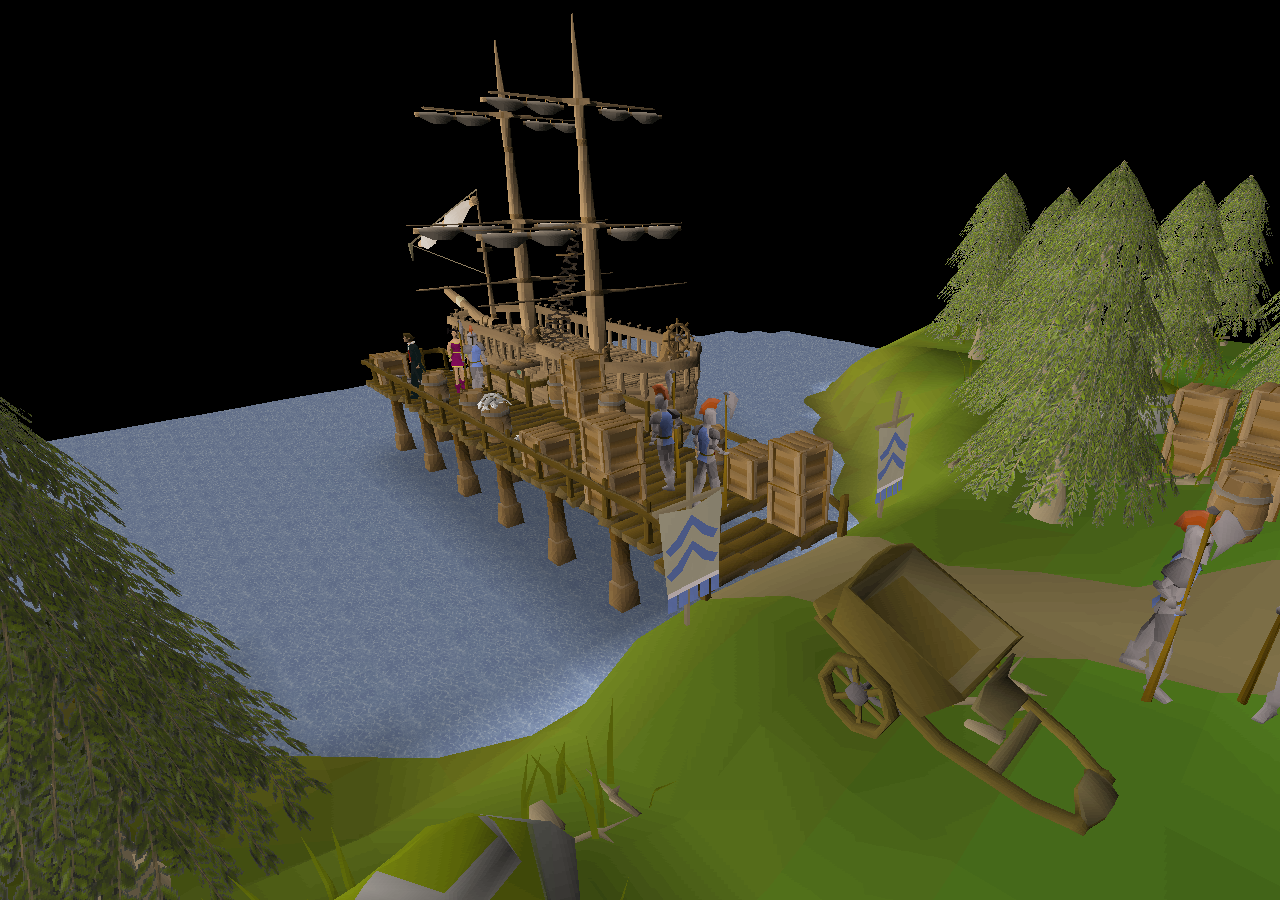 Port Tyras is a port west of the Tyras Camp. Port Tyras was likely built as part of King Tyras' invasion of the forest of Isafdar, though it has no buildings and the only notable feature is a pier with a charter ship docked at it, and several Tyras guards positioned there.

NOTE: Regicide must be completed before chartering to Port Tyras.

The charter ships have a dock in the harbour in Port Tyras. It provides rides to several other locations. This is the fastest way to get to Tyras Camp other than walking through the dangerous elven forest. Some players may also find this helpful in getting to Lletya if they have lost their teleport crystal and do not want to go through the Underground pass or Arandar gate.

After completing Cabin Fever, the charter ship fare is reduced by 50%. Wearing the ring of charos(a) also reduces the fare by 50%. These two bonuses can be stacked to reduce the cost to 25%.