From Old School RuneScape Wiki
Jump to: navigation, search
The RuneScape Wiki also has an article on: rsw:Portal (Player-owned house)
This article is about the entrance to a player's house. For the room where players can build teleportation portals, see Portal Chamber.
Portal 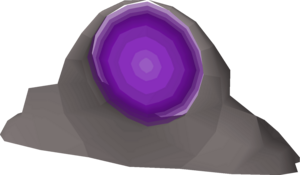 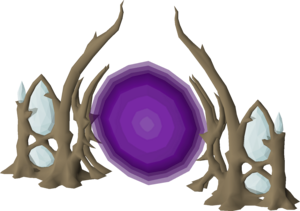 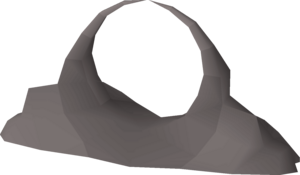 The house portal, commonly referred to as a POH portal, is the entrance to a player-owned house (POH), the main feature of the Construction skill. House Advertisements are also found next to these portals, in which players can check whether advertised houses contain frequently used features.

To use the portal, left-click on the portal and then choose one of the four presented options:

The most basic way to get to a house is by walking to the portal that is in the location of the house. At level 40 Magic, players can use the Teleport to House spell to teleport directly into the player's own house. Using a house teleport tablet is another option that only uses one inventory space and does not require a Magic level to use. In the house options screen, players can choose whether the house teleports land the player in the house itself or outside the portal.

icon on the map. These locations are Rimmington, Taverley, Pollnivneach, Hosidius, Rellekka, Brimhaven, Yanille, and Prifddinas. Each location requires a certain Construction level, and the estate agent charges a fee for each move. The details are shown in the table below.