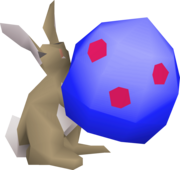 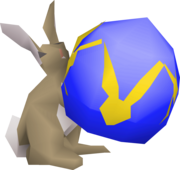 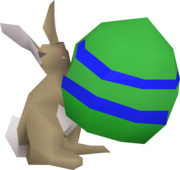 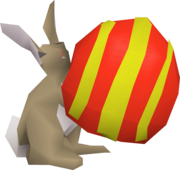 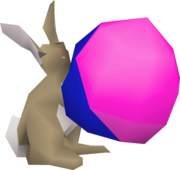 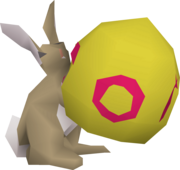 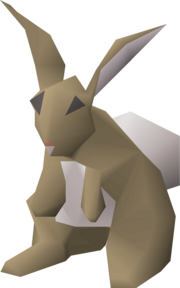 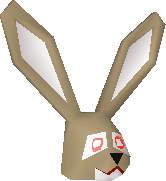 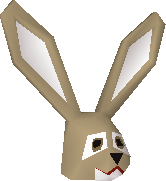 Rabbits appeared during the 2014 Easter event, found outside and inside the Easter Bunny's burrow to the south of Falador, as well as in the forest north-west of Varrock, where the Grand Exchange was subsequently placed. In an attempt to make his job easier, the Easter Bunny recruited them to help deliver easter eggs, but after they failed to follow his instructions, he was forced to hypnotise them via some bright lights and speakers. They were given orders to take the eggs laid by the easter egg bird from a pile, carry them to the surface, and then hide them so they could be found by the children. However, the rabbits hid the eggs by burying them in mounds of dirt outside his burrow, without any way for the children to find them.

By digging up and using one of the magic rabbit eggs that the rabbits had buried, players could turn themselves into a rabbit to access the burrow to discover what was going on.