Items required: A bucket of milk, pot of cream, a pot of cornflour, any axe, a machete, Radimus notes (only if you haven't completed the Legends' Quest), a vanilla pod, a dramen branch, a dramen staff, a pestle and mortar, ice gloves, a raw chicken, combat equipment to kill a black dragon and the evil chicken. Completion of Lost City and started Legends Quest. 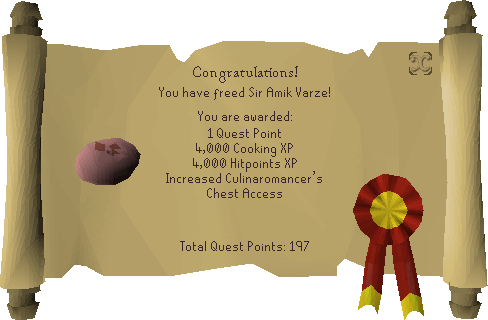