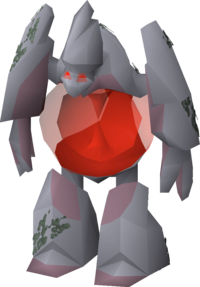 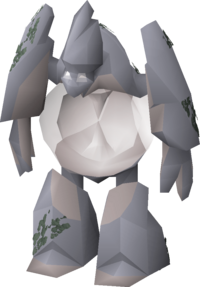 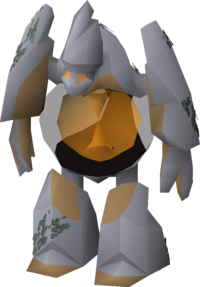 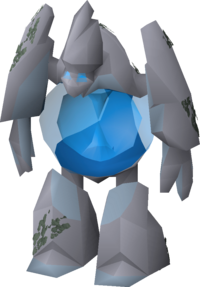 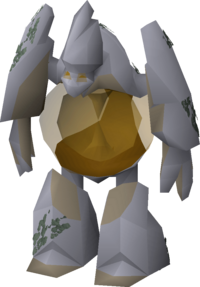 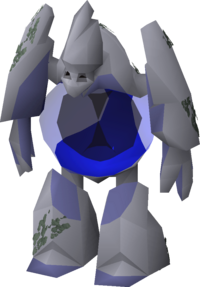 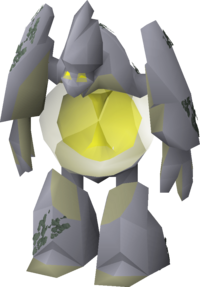 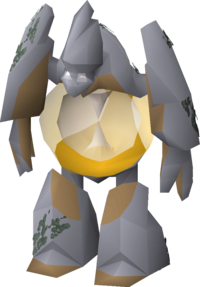 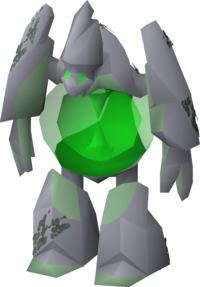 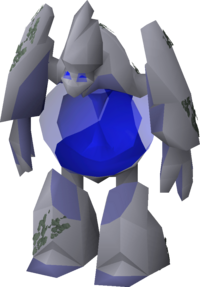 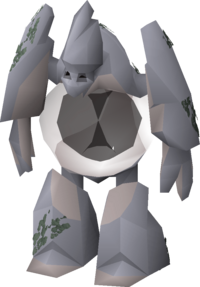 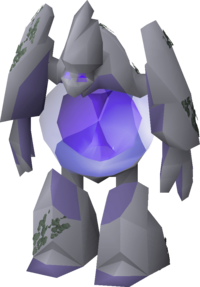 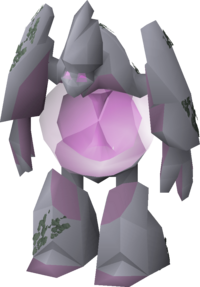 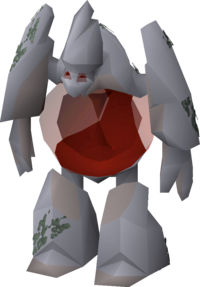 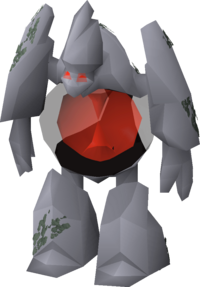 The rift guardian is a members-only skilling pet that can be obtained while training Runecraft. The chances of getting it are dependent on the player's Runecraft level, the rune the player is crafting, and the number of essence used.

When Blood and Soul Runecrafting, the pet is given after the dense essence fragments are removed and the runes are given back.[1] This means if there is not already some of the runes to be crafted in the inventory, and the rest of the inventory is full, and a pet is already following the player, the Rift Guardian will not be given.

On death, if a player loses their pet (as a follower or in your inventory) it will wander around for 30 seconds, but is lost instantly.

Players can pay a one-time fee of 500,000 coins to Probita in East Ardougne to have this pet insured. If the pet is lost while insured, it can be reclaimed for 1,000,000 coins.

The colour of the pet received is dependent on the altar at which the player's runes were crafted. Players can change its colour by crafting a rune at the desired runecrafting altar while it is following the player. Thus, various colours will require different Runecraft levels.

Should players wish to keep their rift guardian the same colour, they may do so via the right-click "Locking" option while it is following the player.

Shown below are the base chances of receiving a rift guardian.[2] The pet chance is rolled per essence crafted, not per rune crafted.

A player's actual chances of receiving it is 1 in B - (Lvl * 25), where B is the base chance and Lvl is the player's Runecraft level.

The fastest method on average (excluding the use of runners) to receive the rift guardian is by crafting mind runes, using the Mind Altar Teleport. However, lava runes are recommended, as they are only slightly slower for receiving the pet, but they are significantly better for experience.

Through a simulation, the following pet chances were calculated: