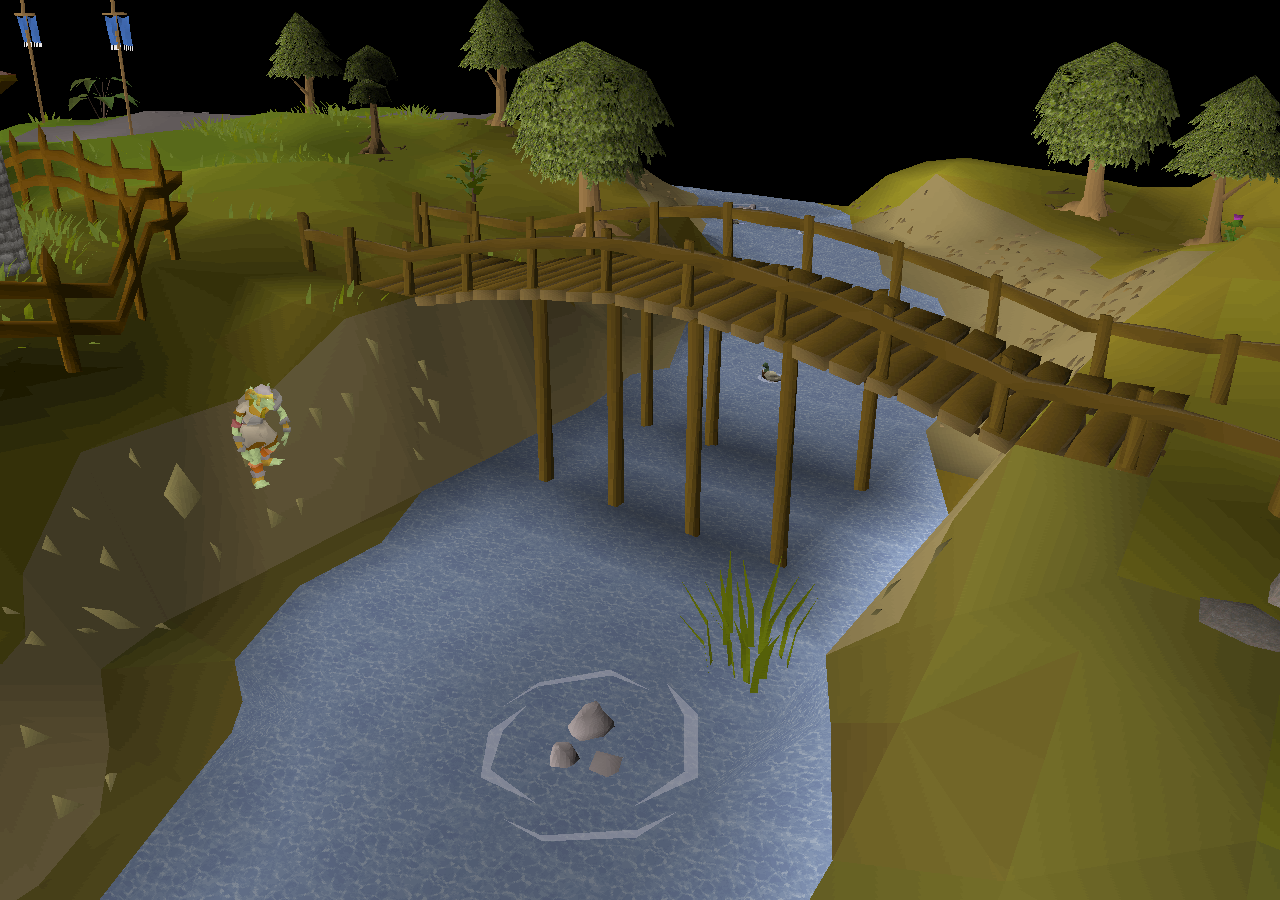 The River Lum is a river flowing through mostly Misthalin and the Wilderness, moving north-to-south. It is the second longest river in Gielinor. Its source is in the Wilderness. It runs as an underground stream until it briefly emerges at the Ferox Enclave, before it reemerges just north of the Wilderness border. It filters out to the sea on the Misthalin-Kharidian border. The town of Lumbridge is named after the river.

Travelling on top of the river rather than across it is possible by using canoes. There are 4 normal stops, at Lumbridge, the Champions Guild, Barbarian Village, and Edgeville. Better canoes can travel farther, but require a higher woodcutting level.

With 57 Woodcutting, a Waka canoe can be made. This allows a player to travel through an underground portion of the river into the Ferox Enclave or level 35 Wilderness, although a return trip from the ladder is not possible.

The river has two separate areas where there are fishing spots for fly and bait fishing: