From Old School RuneScape Wiki
Jump to navigation Jump to search
The RuneScape Wiki also has an article on: rsw:Ralph
RockyZiggyRed? (edit) 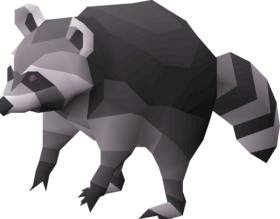 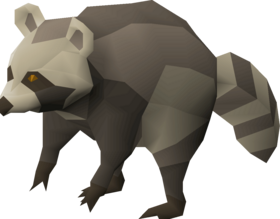 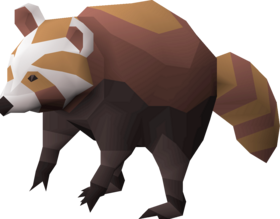 If a player's inventory is full and they have a follower already, they will not receive the pet; it must instead be claimed from Probita in East Ardougne for a reclaim token, which costs 1,000,000 coins.

Shown below are the base chances of receiving Rocky.[1]

A player's actual chances of receiving it is 1 in (B - (Lvl * 25)), where B is the base chance and Lvl is the player's Thieving level.

The fastest method on average to receive Rocky is by rapidly thieving stalls in Rellekka, Prifddinas or Draynor Village Marketplace. To do this effectively, the Market Guards should be lured away to not attack the thief, using an alternate account or having a friend help. An alternative is thieving only the Grand Gold Chest in Pyramid Plunder.

For Pyramid Plunder, the effective proximate rate if one opens the chest in every room is 1/2084.