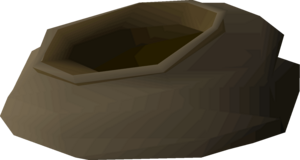 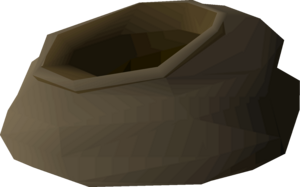 The sack found in Motherlode Mine holds the cleaned ores received by depositing pay-dirt into the hopper. It has a soft cap of 81 pay-dirt, and can be upgraded to hold 162 pay-dirt by paying 200 golden nuggets to Prospector Percy.