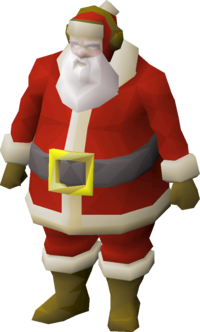 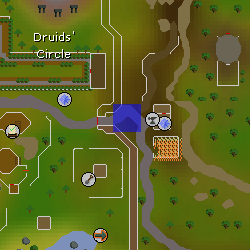 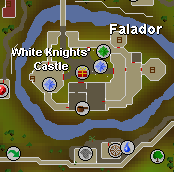 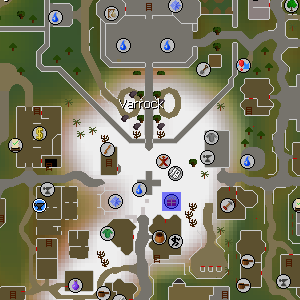 Santa Claus is a Christmas themed non-player character who made an appearance in various Christmas events.

As a bearded stranger, he requests eight full puppet boxes from Diango, and the player delivers it to the stranger. When returning to Diango, the player is rewarded Hats and scarves. His appearance suggests that he is Santa Claus.

During the 2015 event, he is located in the White Knights' Castle, accompanied by two of his bodyguards. Because Anti-Santa is on the loose, he claims that it is too dangerous for him to be out there, so the White Knights' are keeping him there until it is safe.

During the 2017 event, he is on holiday, located in the Corsair Cove with his son, Jack Frost.

During the 2019 event, he is standing in Varrock square, surrounded by grumpy children demanding gingerbread gnomes.