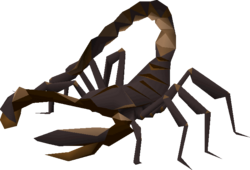 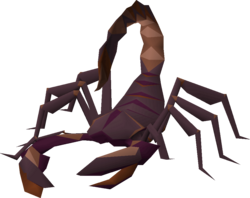 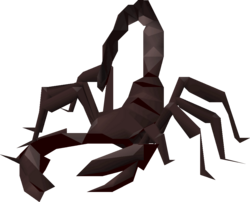 Scorpions are monsters mainly located in free-to-play areas. They can be dangerous to low level players training Mining.

The deadliest scorpion to free-to-play players is the scorpion in the Stronghold of Security (level 59).