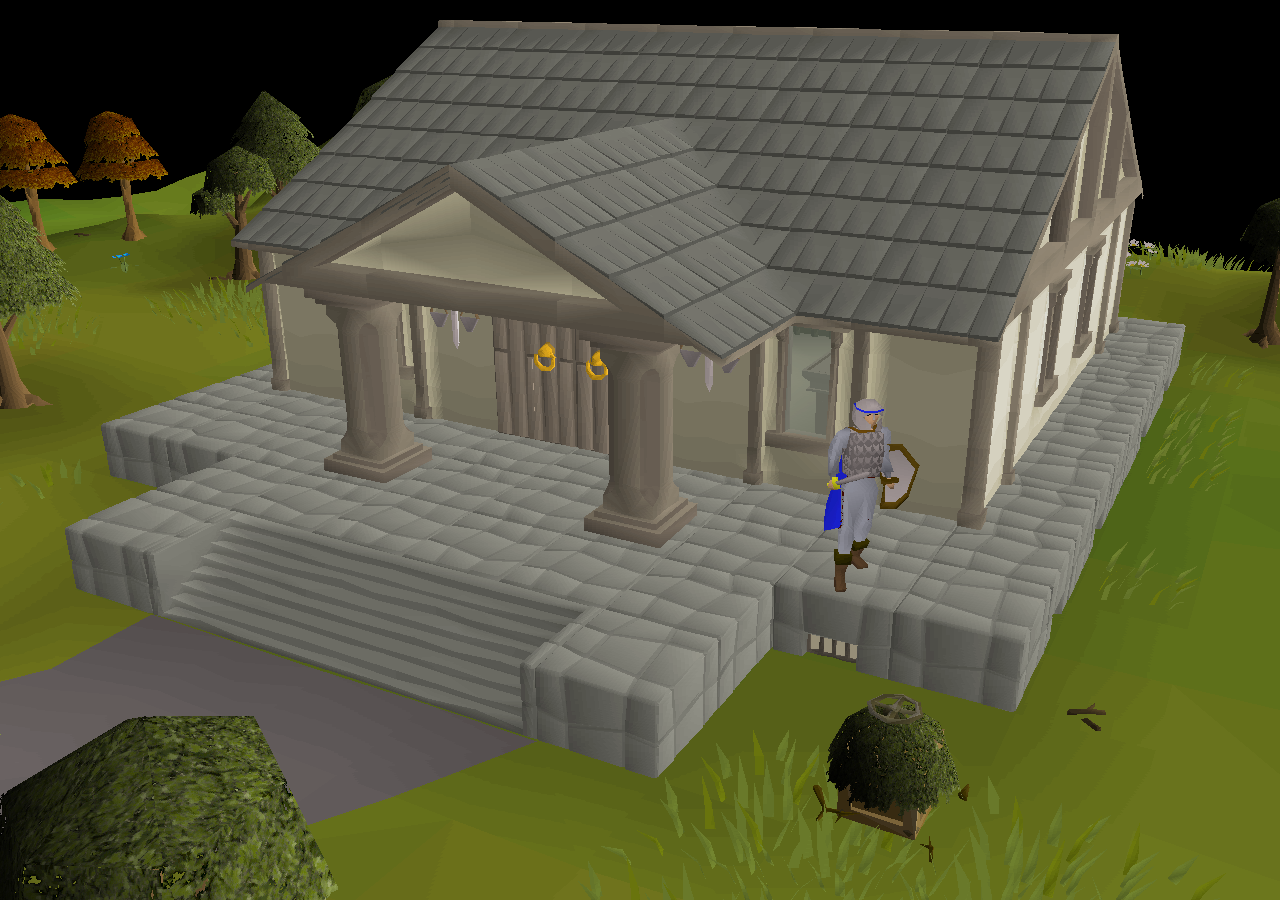 The Seers' Village Courthouse is a building located south-east of the Seers' Village bank. The Courthouse plays a major role in the King's Ransom quest. In the quest, the player must defend Anna from the Prosecutor and rebut several pieces of evidence that indicate Anna being the murderer of Lord Sinclair, in order to convince the Judge and Jury of her innocence.

Originally, the Party Room was located where the Courthouse currently is. With the release of King's Ransom, the Party Room was moved to Falador and the Courtroom replaced it in Seers' Village. Reference is made to this during the quest, when party balloons fall from the ceiling.