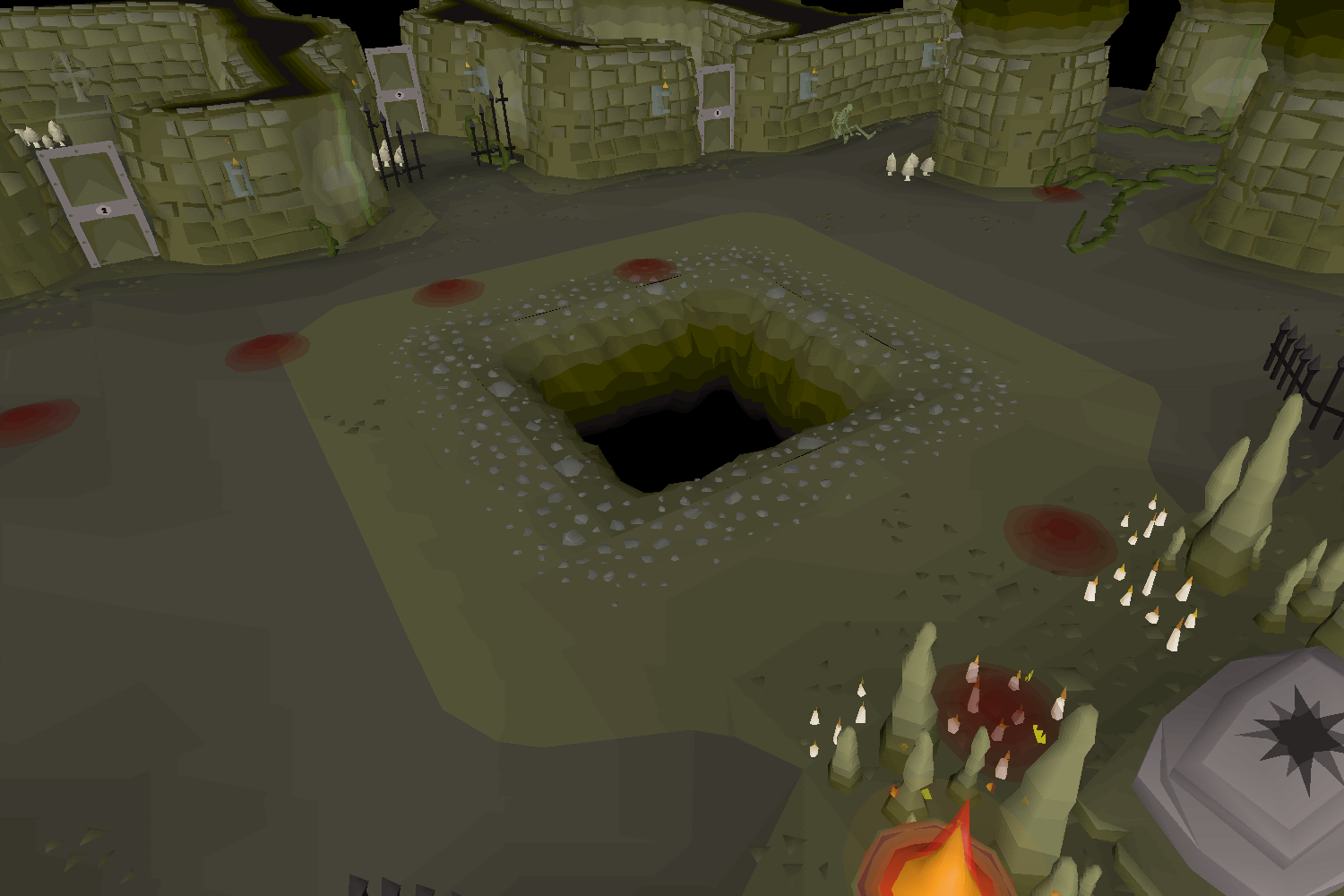 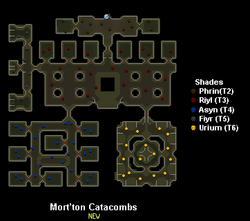 The Shade Catacombs are found under Mort'ton as part of the Shades of Mort'ton minigame and is a complex labyrinth. The entrance is directly north of the general store and west of the temple, marked as a brown area on the map. To access it you need to have completed Shades of Mort'ton and have a bronze shade key or better.

To get a bronze shade key, you must kill a Loar Shade in Mort'ton, sanctify some olive oil at the repaired temple to make sacred oil, then use the sacred oil on any log, making a pyre log. Use the pyre log on one of the four pyre slabs in one of the seven shade burning areas of Mort'ton, identified by grey diamonds on the minimap. Then use the loar remains on the pyre logs, then use a tinderbox on the pyre logs. You may need to burn more than one, sometimes burning a shade produced coins on the reward pillar instead of a key.

Inside the shade catacombs are various shades and chests which may contain fine cloth needed to make splitbark equipment as well as the amulet of the damned.

When cremating a shade's remains on a Funeral Pyre, you will receive either some coins or a Shade key. There are 20 total keys: four tiers of metal, and five tiers of coloured handles. The keys can unlock matching, and lower, metal tier doors, and can be used an unlimited amount of times. The colour of the key handle is irrelevant when opening doors, and they are not lost when doing so. For this reason, it is recommended to keep at least one key of the highest tier to maintain access to as much of the catacombs as possible.

The keys can also be used once to unlock a chest specific to its rarity within the catacombs. The higher the metal tier, the better the chest loot, as well as access to further into the dungeon. The higher the colour tier, the better the probability of receiving better loot from the drop table. The corresponding chest can be determined based on matching the coloured handle to the colour of the chest buckle. Upon unlocking the chest and receiving the loot, the key will disappear.

*Note: this column is intended as a guide, as not all colours can be dropped from each type of cremated remains; see the individual remains pages for the specific keys that can be obtained. Generally, the higher level the remains, the better the rarity of key available.