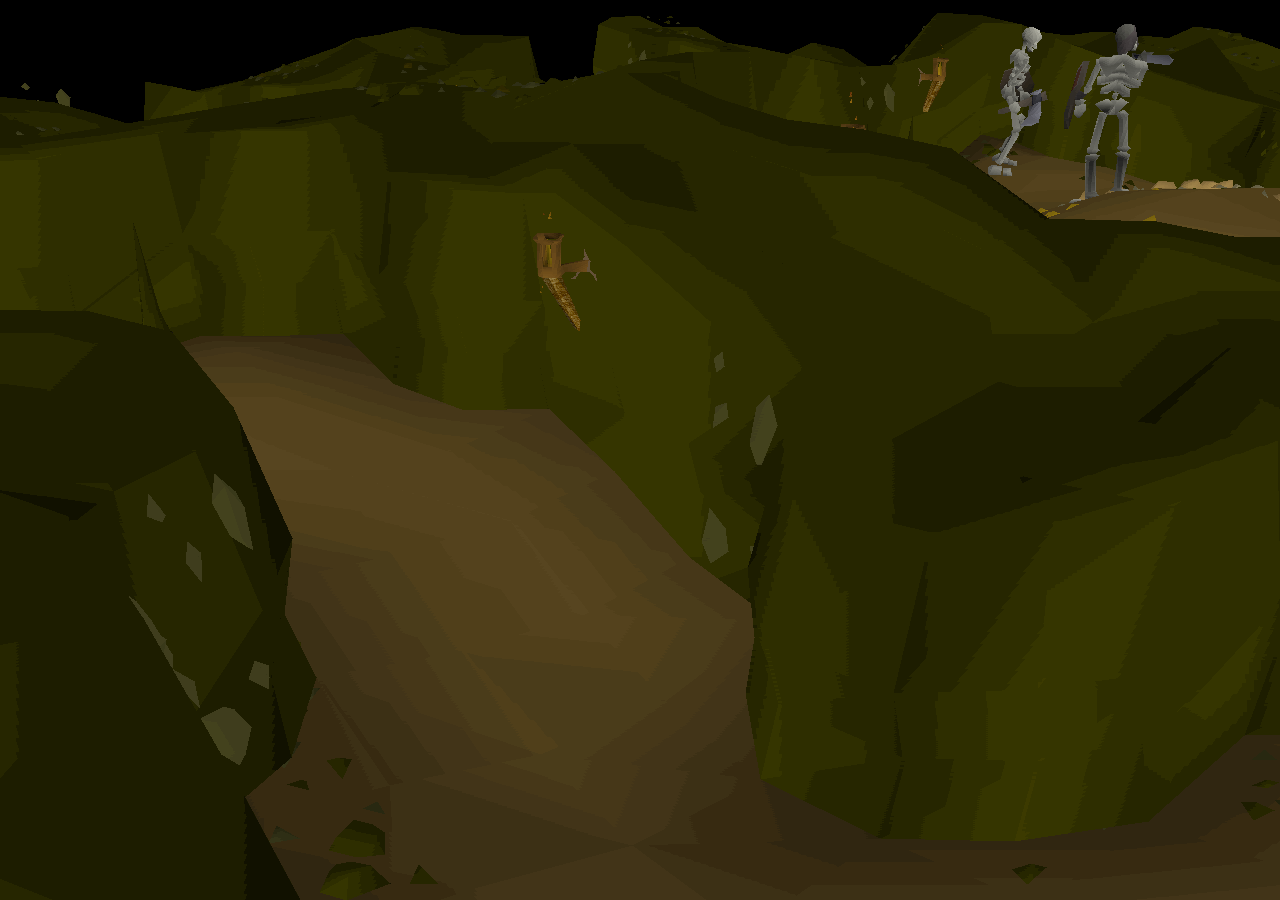 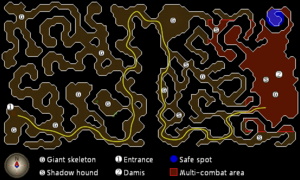 The Shadow Dungeon is the dungeon used during Desert Treasure, where players fight Damis. To access the dungeon, players must use the ladder east of Baxtorian Falls, near Rasolo. To be able to see the ladder, players are required to wear the ring of visibility.

Some players use this area as a place to train Magic quickly, using Ancient Magicks.

Killing a Shadow Hound in the dungeon is a task in the Hard Kandarin Diary.

The location of the Shadow Dungeon.

The Shadow Dungeon can be found down a ladder south-east of Baxtorian Falls - a ring of visibility must be equipped to see the ladder. The ladder can be found within the fenced area north of the moss giants and south of Glarial's Tomb. These are located slightly west of the Fishing Guild. The map of the dungeon shows the location of Giant skeletons (G), Shadow Hounds (S), as well as the location of Damis during Desert Treasure (2).

A player standing outside of the location of the Shadow Dungeon whilst having the Ring of visibility equipped.

The dungeon can be difficult to navigate, as it has a maze-like structure. Once Damis is killed during Desert Treasure, he will not reappear in the dungeon. After Desert Treasure, this is a good, easily accessible place to train Magic. All of the monsters use Melee, so using the Protect from Melee prayer will allow the player to take zero damage. Once in the area, walk around and get all of the giant skeletons and Shadow Hounds to start attacking your character. Then, you can use one of the multi-target Ice spells from Ancient Magicks to train Magic quickly. After all of the giant skeletons and Shadow Hounds are killed, there is an area in the north-west of the area where you can wait until they respawn. This area is a relatively safe area, and your character will only be attacked if a monster follows you into this area. Super energy potions or stamina potions are recommended.