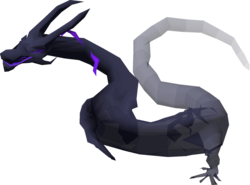 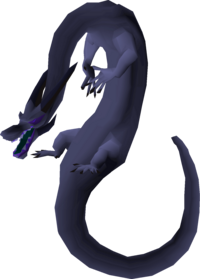 The Shadow Wyrm is a superior variant of the wyrm. It has a chance of spawning after purchasing the unlock Bigger and Badder for 150 Slayer reward points from any Slayer master. Shadow Wyrms cannot be safespotted like regular wyrms in the slayer only area.

Drop rates estimated based on 847,282 kills from the Drop Rate Project, unless otherwise cited.

There is a 3/76 chance of rolling the rare seed drop table.

There is a 1/76 chance of rolling the gem drop table.