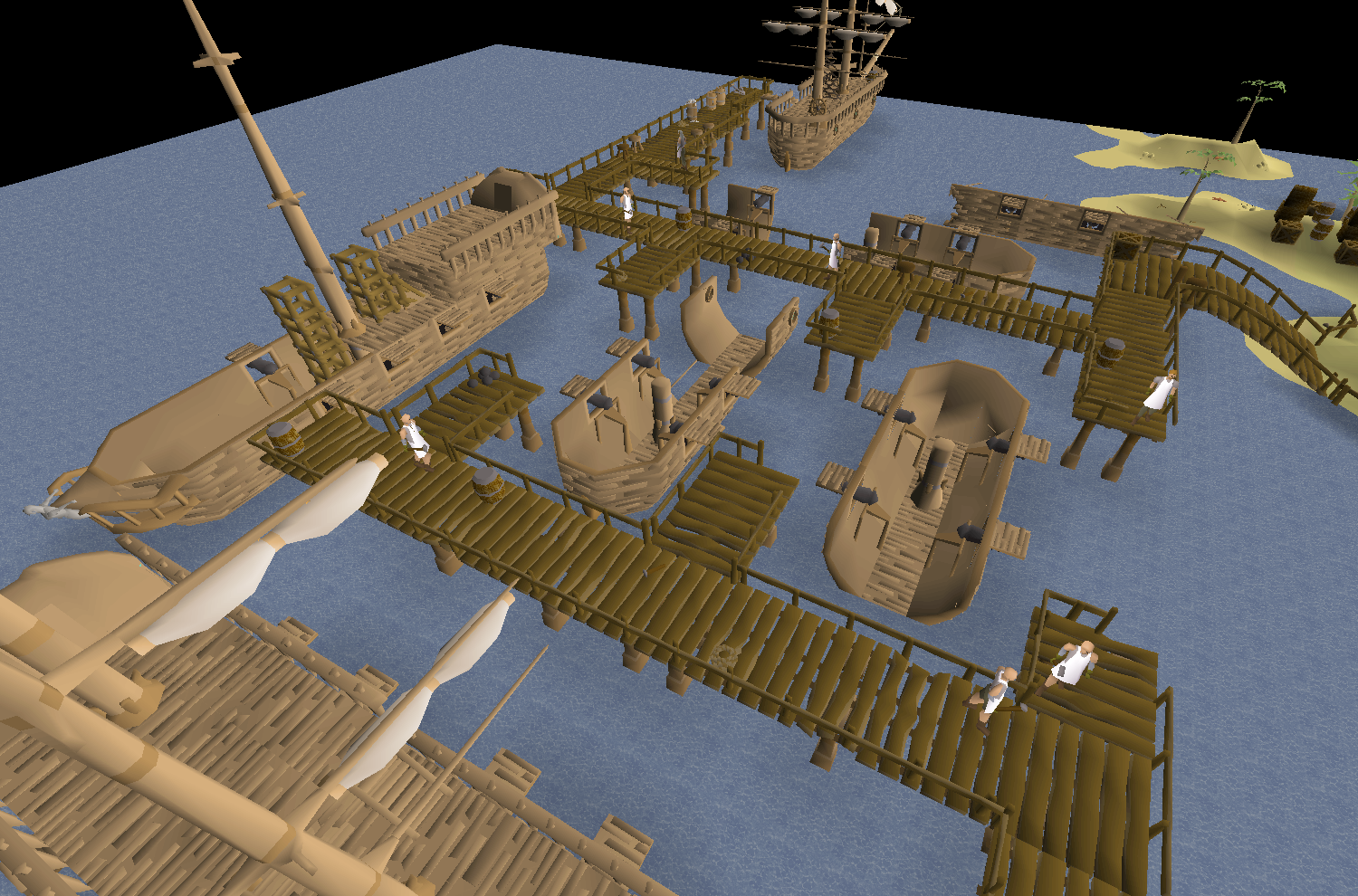 The Ship Yard is a ship-building facility on the east shore of Karamja, built under the discreet supervision of Glough to raise a navy capable of attacking the human population of Gielinor. It is first visited by players completing The Grand Tree, and it subsequently plays a role in the Monkey Madness I quest. Entering the Shipyard requires the player to speak the password (Ka, Lu, Min), which is obtained during The Grand Tree quest. The player must have a gnome royal seal in their inventory to enter through the western gate. A new seal can be gotten from the gnome king.

The seal is no longer needed once you have finished the quest.

Players can also use a Charter ship to get there. Also, a Gnome glider lands relatively close to the Shipyard. Both methods require completion of The Grand Tree. Alternatively, players can take the long walk to East Karamja if they haven't completed the quest.

In the yard, you will find many Shipyard workers and many ships under construction. There are also some hammers lying around.

Also, there is a small hut with the local G.L.O. Caranock, who plays a small part in Monkey Madness I and is a potential customer for hard orders in the Gnome Restaurant activity. There is also the Shipyard foreman, who plays part in The Grand Tree and Monkey Madness I quests.

The charter ships also have a dock in the harbour in the Ship Yard. It provides rides to several other locations. The Ship Yard charter ships become available for use only after completion of The Grand Tree quest.

After completing Cabin Fever, the charter ship fare is reduced by 50%. Wearing the ring of charos(a) also reduces the fare by 50%. These two bonuses can be stacked to reduce the cost to 25%.