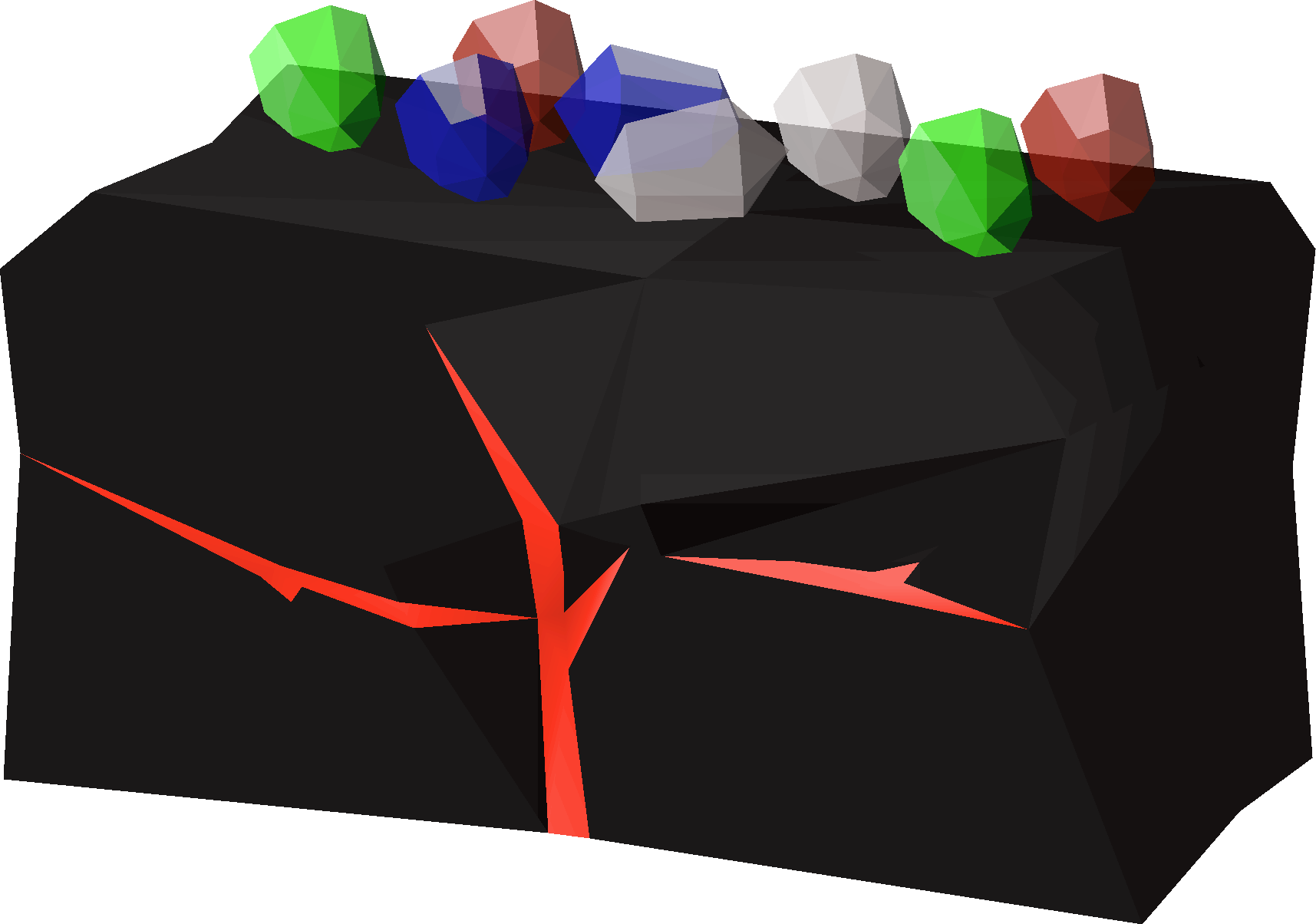 Shop Counter (gems) is a unique Gem stall found in Mor Ul Rek. The stall is owned by TzHaar-Hur-Rin as part of TzHaar-Hur-Rin's Ore and Gem Store and players can steal from it if they have a thieving level of 75 or higher. A variety of gems can be stolen and unlike other gem stalls they have a chance to be cut rather than uncut.

Each time a gem is successfully looted, there is a 2/3 chance of it being cut instead of uncut.

If the roll for an onyx fails, you then roll for the remaining gem types. Once you have rolled a gem you then roll again to decide if it's cut or uncut.