Sins of the Father glitch 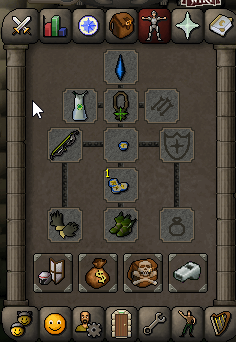 A player's equipped items after the 4 June update, after having had twisted ancestral items equipped.

The Sins of the Father glitch was a major glitch that occurred on 4 June 2020. At 9:30am UTC, Old School RuneScape was updated to add Darkmeyer to the game, along with its associated quest Sins of the Father. Shortly after, players began reporting issues with their items, including the twisted ancestral kit items disappearing and being replaced by other items.[1]

Jagex acknowledged the bug 10 minutes later, and then initiated a rollback to the game, reverting player data to a state just before the update happened.[2][3] This marked the third time a rollback was performed for Old School RuneScape after the coin pouch glitch on 12 July 2018 and twisted bow glitch on 28 February 2019.

The bug was caused by a bad code merge resulting in incorrect item definitions.[4]