Sins of the Father/Quick guide

Items needed: Knife, hammer and (axe or 3 logs), combat equipment and a weapon to harm tier 2 vampyres (such as the Ivandis flail)(3 logs to use on bridge, slightly faster)
Items recommended: Three empty spaces and food to heal yourself and Ivan Strom. Bring druid pouches in case you run into the Ghast event which will turn your food rotten. 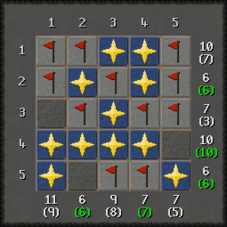 A nearly-complete version of the puzzle that must be solved to unlock the mausoleum door. This will be different for each player.

The Branches of Darkmeyer[edit | edit source]

Items needed: 8 blisterwood logs, knife, chisel, ruby, Ivandis flail, or 20,000 coins if you don't have one, and either 5 fire runes and a cosmic rune or an enchant ruby tablet. 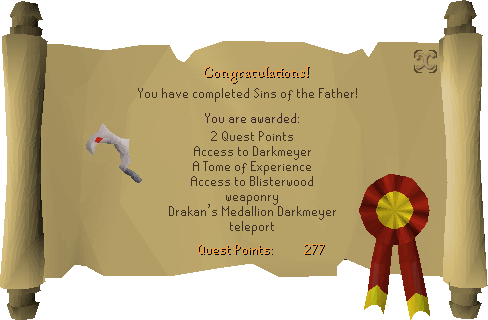