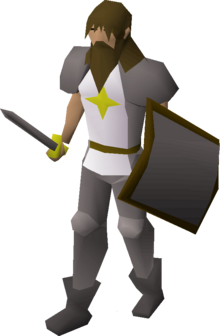 Sir Carl is a knight of the Royal Army of Ardougne, killed by the player during the Underground Pass quest to collect the green paladin's badge.

He can be killed again after the quest is complete.