The Skavid caves are a set of six caves around the ogre city of Gu'Tanoth. The caves are inhabited by the Skavid, a race of creatures enslaved by the Ogres. The caves are an important feature of the Watchtower quest. Also, two caves each have a slow spawn of cave nightshade (also known as nightshade or belladonna).

Players need Light sources and Skavid maps to enter any of the caves. If players attempt to enter a Skavid cave without having a Skavid map in their inventory, they become confused and end up outside another Skavid cave. 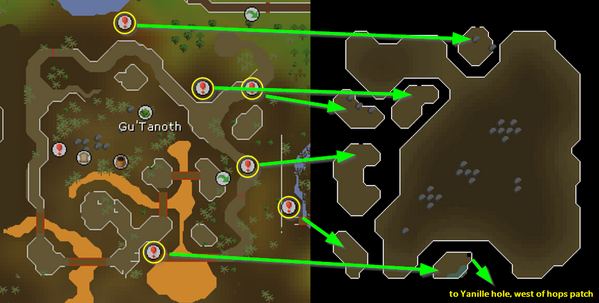 In some cases, entering a Skavid cave without a Skavid map can be exploited as a transport system since it follows a fixed route. For example, a player running from Castle Wars to Gu'Tanoth could attempt to enter the north-west cave (ending up at the north-central one), attempt to enter the north-central one (ending up at the north-east one), and then run up the hill to the city gates. The player does not need to have a light source to use this feature.

Using the Skavid caves as a transport system is faster than walking from cave to cave and does not use run energy.

Note: This feature cannot be used if the player has a Skavid map in inventory. 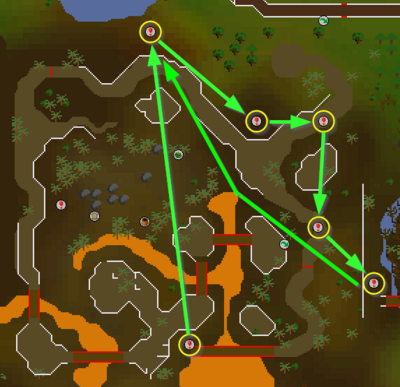