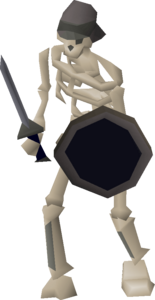 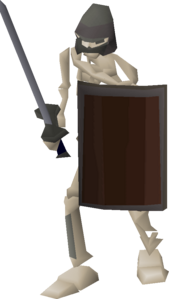 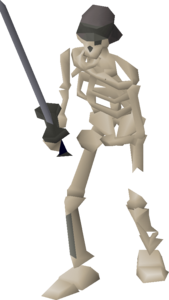 Five skeletons can be found on the 2nd floor[UK]3rd floor[US] of Melzar's Maze. They must be killed in order to obtain the yellow key, which can unlock the yellow doors and progress through the maze.

Note: The yellow key is a 100% drop from the skeleton with a round shield, and a 0% drop for the rest.