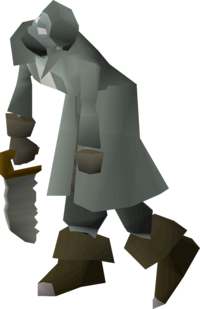 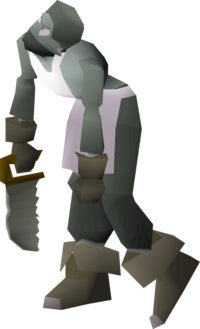 Sorebones are the surgical zombie pirates under the command of the evil and short surgeon Mi-Gor. After the player defeats Barrelchest, the monks inform the player that they have escaped with Mi-Gor back into the ocean. Their name seems to be a parody of the term "sawbone", a title given to surgeons. They must be fought during The Great Brain Robbery quest in order to collect the components needed for Dr Fenkenstrain. The sorebones get replaced with Barrelchest by the end of the quest, but they reappear after the quest is completed.

Drop rates estimated based on 29,894 kills from the Drop Rate Project, unless otherwise cited.