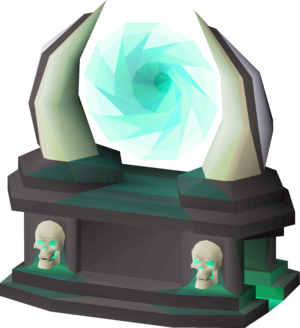 The Soul altar may be found to the north-east of the Arceuus Library in Great Kourend.

Unlike most altars, the soul altar does not need to be entered. As such, neither a talisman nor tiara is needed.

It is possible to access the soul altar via the Abyss; however, the player must use a dark essence block on the rift after having crafted some soul runes first. This only has to be done once.

The maximum possible experience is 6,296 obtained while doing the above.