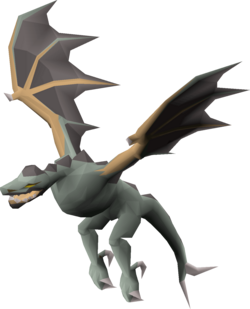 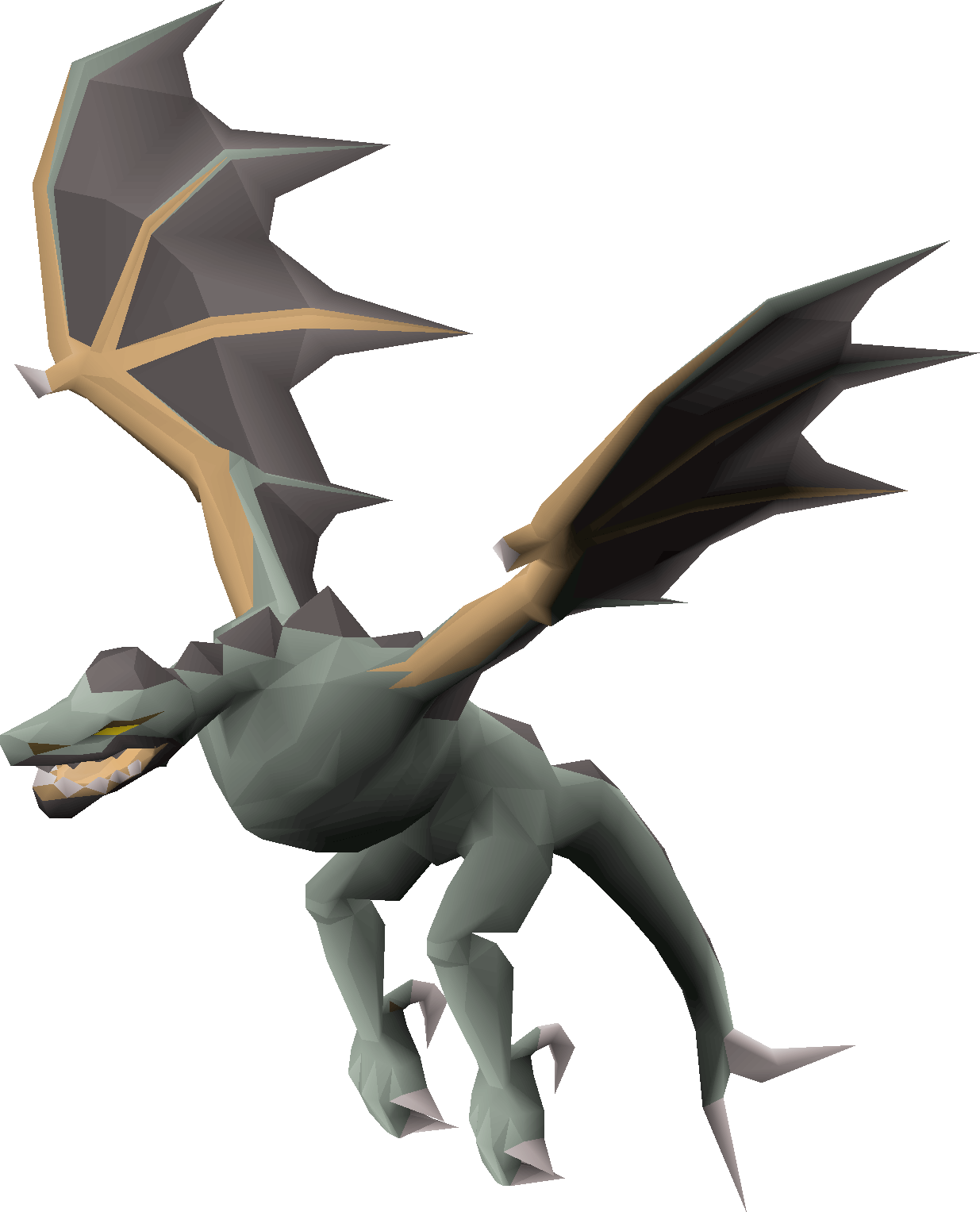 Spitting Wyverns are Slayer monsters that require a Slayer level of 66 in order to be harmed. They reside in the Wyvern Cave on Fossil Island and are the weakest of the Fossil Island wyverns. Like other Wyverns, they require an elemental shield, mind shield, dragonfire shield, dragonfire ward or ancient wyvern shield to be equipped while fighting them, otherwise the player will suffer devastating damage from their unique icy breath.

Unlike their Skeletal variant, Spitting Wyverns can use their icy breath from any distance. They will use Ranged when attacking from a distance, and will not try to use Melee unless the target is in melee range. Their Ranged attack is weak; however, it may hit the player multiple times if it is a successful hit.

If on a Slayer task, it is highly recommended that you kill this variant of Fossil Island wyvern because of its slow ranged attack speed and relatively low hits when it successfully lands this attack. Compared to the Long-tailed Wyvern, the next variant of wyvern, both Slayer and Combat experience are the same, and the Spitting Wyvern has arguably a better drop table, yielding more herb and seed drops compared to the Long-Tailed Wyvern. Coupled with the slow kill rate of Long-Tailed Wyverns, Spitting Wyverns are a better choice for killing in nearly all metrics.

There is a 1/123 chance of rolling the tree-herb seed drop table.