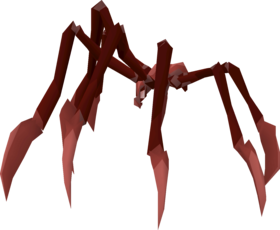 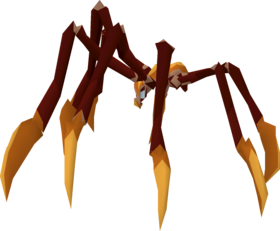 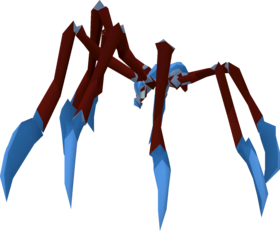 Sraracha is a pet dropped by Sarachnis, and is a much smaller version of the boss. Players can right click Metamorphosis to change its form, providing they have used an orange or blue egg sac to unlock its other coloured forms.