Note: With a high enough combat level, it is possible to have all required items worn and in a single inventory. There is also an opportunity to use the Yanille bank during the quest if needed.

Battle at the Colony[edit | edit source]

Note: You must exit the colony to use the Nightmare Zone minigame teleport to reach Yanille.

Note: The southern portal on the 2nd floor[UK]3rd floor[US] of the Wizards' Guild will teleport you to the Dark Wizards' Tower, just north-west of Malignius Mortifer.

Note: Malignius Mortifer will refuse to give you bone seeds if you are wearing or holding Saradomin-affiliated gear. It is not suggested to drop any gear as you will be teleported back to the Fishing Colony. 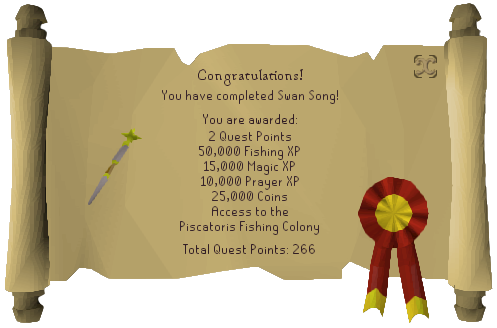