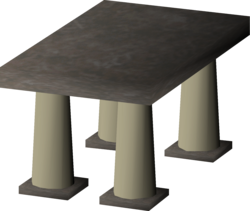 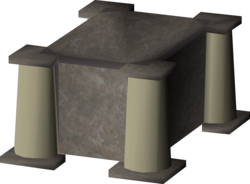 A Table that seems to be made of granite can be found in several places among Gielinor. Like most tables, these tables can be used to put things on, by simply using the item on the table.

It looks identical to the ceremonial table found in Klenter's Pyramid.

During the Temple of Ikov quest, players might have to grab the staff of armadyl, which lies on such a table. 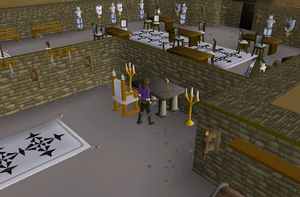 The staff lying on the table.