From Old School RuneScape Wiki
Jump to navigation Jump to search
The RuneScape Wiki also has an article on: rsw:Brains
Not to be confused with Tanglefoot.
Tangleroot? (edit) 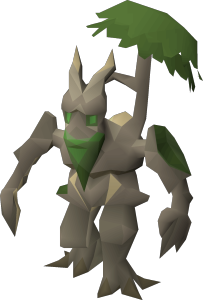 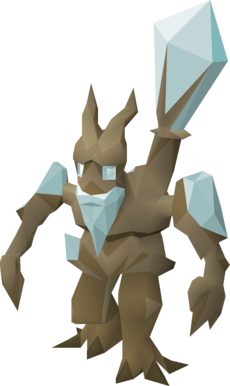 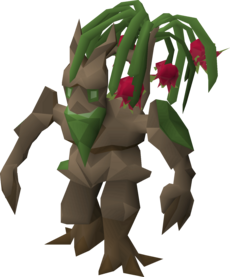 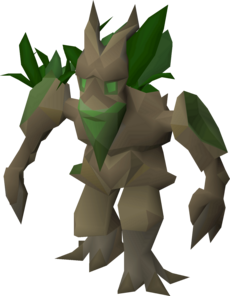 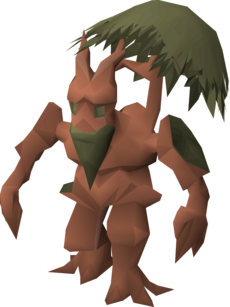 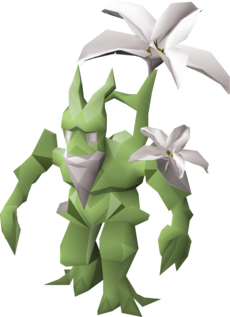 The tangleroot is a skilling pet that can be obtained when checking the health of (for a patch that has this option, like a fruit tree) or when harvesting the final crop of (for a patch without a "Check health" option) a farming patch. It can also be obtained while playing the Tithe Farm minigame. The chances of getting it are dependent on the player's Farming level, and the produce the player is harvesting. It may also be obtained from killing the Hespori.

Unlike pets such as the rock golem, an incoming farming resource such as a herb or Hespori seed will take precedence over the farming pet - if players already have a pet out, the remaining inventory slots are then taken by an incoming herb and/or a Hespori seed; players will not receive the pet in this case,[1] and must instead be claimed from Probita in East Ardougne for a reclaim token, which costs 1,000,000 coins. Should the player obtain the pet during harvesting giant seaweed, the pet will not be lost upon drowning.

Players can change the tangleroot's appearance by using various seeds on it. This will consume the seed. To revert the tangleroot to its original form, players must use an acorn on it.

The pet chance is rolled primarily during a patch's check health stage; if the patch does not have an option to check health, it instead rolls during the final harvest.[2]

The fastest method on average to receive Tangleroot is by frequently farming cacti, belladonna, hespori, giant seaweed and mushrooms, as well as doing regular tree runs. Although using only trees takes the least amount of time spent on Farming (thus being more efficient), it is extremely slow in real time, taking upwards of two years on average with daily tree runs.

Although Tangleroot is obtainable from Tithe Farm, it is extremely unlikely: in terms of probability, it would take nearly 3 billion Farming experience on average, equivalent to 25,000 hours of playing.