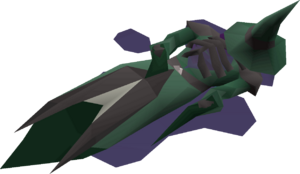 Thana was a former citizen of Arceuus who died during fluctuations in power from the Dark Altar, causing the Arceuus people to feel a strange loss of power. Even when Lord Trobin Arceuus used himself as a conduit to channel what little power the Dark Altar had left, he was unfortunately too late to save Thana from death, becoming the first citizen of Arceuus to die in nearly a thousand years.

Her friend, Mori, stands by her corpse until players speak to her to begin The Ascent of Arceuus quest.