Note: There is a bank on the isles so for the most part you do not have to worry about keeping all items in your inventory.

Note: Keep Protect from Missiles on at all times while repairing the bridges as any damage taken is stacked and applied after the bridge repair animation completes.

Note: Use a Melee weapon as the troll king has high Magic and Ranged Defence.

Note: This is a multi-combat zone. Melee and Ranged Ice Trolls will attack you.

Make sure to equip the Neitiznot shield.

Optional: Make sure to claim the prayer potions from Bork Sigmundson at the entrance. 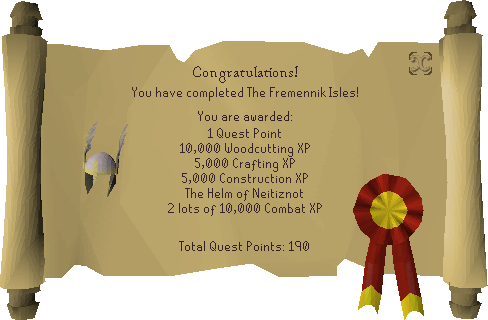