Thormac is a sorcerer who can be found at the top of his home; the Sorcerer's Tower, found south of Seers' Village. Players must speak to him to begin the Scorpion Catcher quest.

He can also be accessed by entering the West portal on the 2nd floor[UK]3rd floor[US] of the Wizards' Guild.

After completing the quest Scorpion Catcher, he can perform a service for players which will change a battlestaff into a Mystic staff. This service costs 40,000 coins. This only enhances the melee bonuses of the staff, not the magic bonuses. Thormac will enchant the following battlestaves: 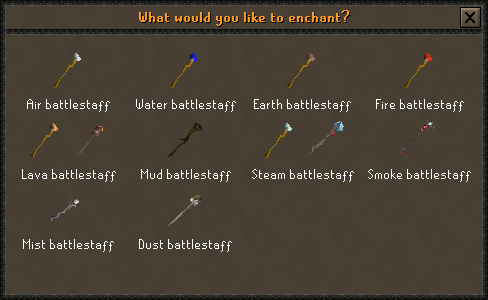