From Old School RuneScape Wiki
Jump to navigation Jump to search
This article is about the article written for the official website in 2003. For other uses, see History.

This is a brief history of the world of RuneScape as taught to the ordinary citizens of the kingdom of Misthalin.

Your character starts the game in Misthalin, so this is the basic historical information that they would have learnt before embarking on their adventures. But be wary! As with many histories, while much that you will be told will be solid facts, some things may also have a bias favouring those in the world who were powerful at the time, other things will be guesses and theories by historians and may turn out to be flat out wrong.

As you adventure in the land of RuneScape, keep your eyes peeled and you will discover much more about the history of the world than is written here.

The history of RuneScape is divided into five distinct ages, but very little is known of the first three ages beyond a handful of myths, legends and religious texts. The amount of history that has survived these times is next to nothing, partially due to the vast lengths of time involved and partially due to the great God Wars of the Third Age, which brought most of the mortal races close to extinction.

The world of RuneScape was created by the three gods Saradomin, Zamorak and Guthix at the start of the First Age. Theologians and priests state that for much of this time the gods were still in the process of forming the world. Much of this time must have been spent making the various lands, seas, plants and animals. The First Age is said to have lasted four thousand years.

The Second Age - When the Gods Walked

Scholars have deduced that this was roughly two thousand years long; it is thought that during this time many of the intelligent mortal races of RuneScape began to first form civilisations. Not all of the races that rose at this time have survived into the modern ages, so we know very little of them. At this time the gods interacted much more directly with the mortals than they do in current times. This was all to end in the Third Age.

The Third Age - The God Wars 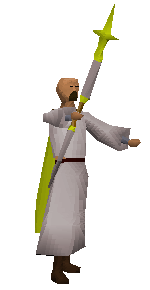 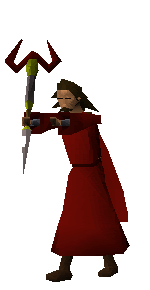 The Third Age was about four thousand years long and also known as the time of the God Wars. Stories tell of great and powerful entities and agents of the gods fighting cataclysmic wars during which time humanity could only just cling to survival. The end of the Third Age was said to be denoted by an agreement made by the great gods Saradomin, Guthix and Zamorak not to fight their wars on this fragile land for fear they would totally destroy it. They agreed to hold influence on RuneScape only through their worshippers and servants among the lesser races.

The Fourth Age - The Age of Mortals

The Fourth Age, sometimes known as the Age of Mortals, lasted for roughly two thousand years. With the God Wars over, the mortal races were at last able to multiply and prosper. There were many races competing to make their mark in the world, though. Humans, dwarves, goblins, ogres, gnomes and many more all competed for land and resources. There was much fighting between the different races, so cultural and scientific advances were slow.

To make things even harder there were tales of strange undead necromancers who arose from time to time, summoning armies of undead skeletons and zombies which swept across the land destroying all in their path.

During the early parts of the Fourth Age most of the humans lived in nomadic tribes, battling to stay alive against each other and against the tribes of other races. Over time they started to make more permanent settlements throughout the world, but they continued to have to war with their neighbours.

Many legends, tales and poems exist from this time and tell of the exploits of many heroes such as Robert the Strong and Arrav of Avarrocka.

No race had supremacy in these wars for many centuries until human mages on the north-west continent stumbled across ancient runic magics!

The human mages learnt how to create powerful magical stones known as runestones. They began to create them in large numbers. How they made the runestones was kept a closely guarded secret between just a few of the mages so as not to let the information fall into enemy hands.

These stones meant that many people - not just accomplished mages - could use powerful magic. Virtually anybody with even a small amount of magical ability was able to do something with the runestones and so the humans started to become dominant throughout the world. These events mark the start of the Fifth Age - the Age of Humans.

The Fifth Age - The Age of Humans

The human settlements became big cities. They expanded their territories and the human tribes combined to form larger kingdoms. The kingdoms of Misthalin and Asgarnia quickly grew to become the kingdoms of RuneScape they still are today. The mages who discovered rune magic set up a great tower of wizardry in southern Misthalin.

Soon these runestones were spread to neighbouring human tribes and the Kingdom of Kandarin came into existence. Smaller human strongholds were also set up in places such as Al Kharid, Karamja and Entrana.

For a period things were looking very good for the human kingdoms. Some people tried to stand in the way of their expansion, most notably a wave of invading barbarians who objected to the use of runestones and rampaged through northern Kandarin and Asgarnia, but the runestones were powerful enough that the kingdoms could deal with all that came their way.

Then disaster struck! At this time, the wizards allowed followers of Zamorak among their number, which proved to be a foolish mistake. At a summit in the Wizards' Tower most of the powerful mages were gathered - but the zamorakian mages betrayed them, igniting a great fire which razed the tower to the ground. Most of the great wizards were killed, and their great library which stored the key to much of their power was also destroyed.

Still, there were plenty of runes left in the world. Enough that the existing kingdoms were able to adequately defend themselves from invaders, though they no longer wished to expend runes to expand their borders any further.

Following the burning of the tower there was a massive backlash against Zamorak's followers, who had previously been tolerated, if not exactly welcomed. In many areas the zamorakians quickly became outcasts who had to hide away from the rest of the world, though the black knights of the Kingdom of Asgarnia still held much political sway in that land.

Thus was the world in relative equilibrium for the next hundred years, the three great kingdoms held off all invaders. Most notable among these invaders was a mysterious and powerful undead necromancer whose army of skeletons and zombies launched an attack on the city of Varrock.

The year is now 169 in the Fifth Age, but the wizards are worried that the most powerful runes they had used to protect the kingdoms are running low. The enemies of Misthalin, Asgarnia and Kandarin are beginning to find footholds in their lands again within dark corners everywhere. New heroes must arise to maintain order and to stop the collapse of civilisation under the forces of evil! 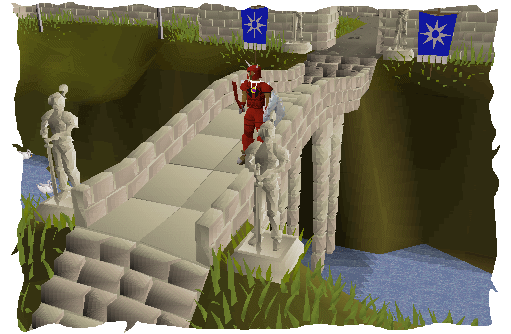