The Things We Do For Love[edit | edit source]

Warning: Arrg will attack immediately after the next step, using a combination of melee AND ranged attacks that can hit in the 30s, so be prepared! 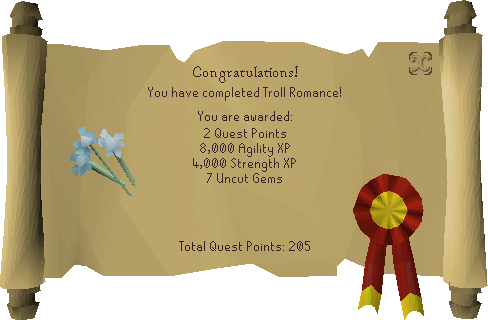