Unused shops are Shops that, although existing in the game config, cannot be found anywhere ingame. These shops are primarily unused duplicates of existing shops, but some were previously accessible before being removed, while others were never released ingame. 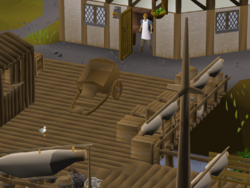 The "Food shop" is identical to the Food store run by Wydin in Port Sarim, except with two differences. This shop does not sell any raw chicken, while chocolate bars restock 3 seconds faster than normal. It is possible that the shop was created when deciding to replace the original raw chicken in the shop with raw beef, before ultimately deciding the shop would stock both.

The Shrimp and Parrot[edit | edit source] 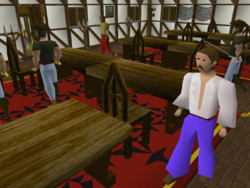 This is the original version of The Shrimp and Parrot that can be found in Brimhaven. Upon the release of Tai Bwo Wannai Trio, the shop was updated to sell Cooked Karambwan. Rather than update the shop, a new version was created that took its place; the original shop has remained unused and inaccessible ever since. 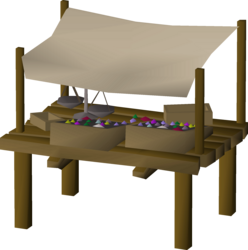 Presumably an unused copy of the Ardougne Gem Stall. run by the Gem merchant in East Ardougne. It is unknown exactly what the shop would have sold, and it has since been deleted from the game files.

An unused copy of the Ardougne Spice Stall. run by the Spice seller in East Ardougne. Unlike the real spice stall, it was never updated to sell a knife or garlic. 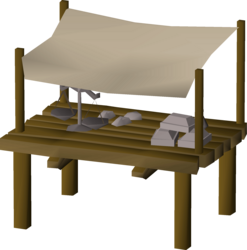 Presumably an unused copy of the Ardougne Silver Stall. run by the Silver merchant in East Ardougne. It is unknown exactly what the shop would have sold, and it has since been deleted from the game files. 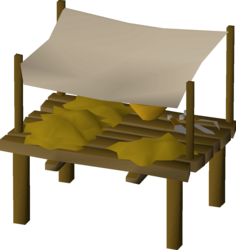 An unused copy of the Ardougne Fur Stall. run by the Fur trader in East Ardougne. The shop differs from the real fur stall, in that it has not been updated to buy the various furs that can be obtained from Hunter. 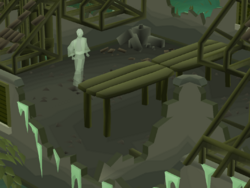 This shop is almost identical to the real Port Phasmatys General Store but has some differences. The shop only sells 3 pots and 2 buckets, as opposed to the 100 of each sold by the real shop; they also have much slower restock time. Similarly, jugs are the second item sold as opposed to buckets.

Curiously, although the shop has never been accessible by players, it was updated in 2016 and 2018 to stock Empty jug packs and Empty bucket packs.

The shop was most likely removed as the replacement shop allowed for much easier use of the Ectofuntus, by selling much greater quantities of pots and buckets and listing them both first. 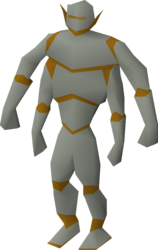 Presumably this would have been a generic General store that could be found in the TzHaar City. The character of TzHaar-Hur-Koz was added to the game as its shopkeeper. For unknown reasons however, the shop was never made available to players, and TzHaar-Hur-Koz was ultimately deleted from the game files on 2 April 2007.

The exact stock of the shop is unknown. 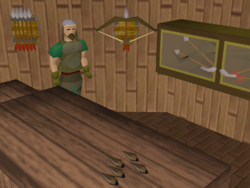 This version of Dargaud's Bow and Arrows. was released on 18 October 2006, with the Bow and Arrow salesman selling the new Fletching cape. However, as the Ranging Guild requires 40 Ranged to enter, this led to player complaints that skill pures would never be able to buy the cape. As a result, the shop was removed 5 days later, and Hickton's Archery Emporium. in Catherby now sells the cape instead.

Presumably due to an oversight, the shop was named "Aaron's Archery Appendages." ingame.

If a player had 99 Fletching, they had access to a duplicate version of the shop, with the only difference being the addition of the Fletching cape. The stock of this shop was not shared with the regular shop.

For players with 99 Fletching and at least one other 99, they had access to a second duplicate shop. Just like the previous, the stock of this shop was not shared with the others.