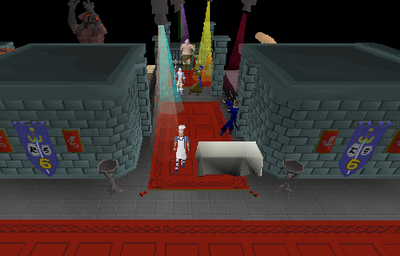 Friday 22nd February marks the 6th anniversary of the launch of Old School RuneScape. It’s been a fantastic journey, with player numbers gradually growing to their current highs, as the game carved out its own distinct identity within the RuneScape universe as a fully fledged MMO in its own right. We’d like to thank you all for your support over the years; without the passion of its players, OSRS would never have even existed, and without your perseverance, it would have faded out long ago instead of flourishing as it has.

We’re marking the birthday with a small holiday event. Beneath the Falador Party Room, in the underground museum, the artisans have opened the exhibition of major updates from the last 12 months, and a selection of RuneScape’s familiar faces have gathered for a party. 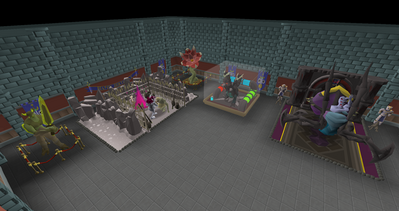 The Cook from Lumbridge Castle has appeared in Falador to cater for this party and, in a nod to our oldest quest, he’s going to need an assistant. Meet him in Falador, in the museum below the Party Room, and see what he needs. Hint: Bring your own cabbage.

There’s a cake in it for you. A big one. You’ll also get to unlock all the items and emotes from previous years' birthday celebrations.

Make sure to join us on our Twitch channel tomorrow (Friday 22nd) at 3pm GMT to further celebrate Old School's 6th birthday! We'll spend this time to look back on the history of Old School. You can also expect lot's of stats and information from Mod Mat K's data segment.

To coincide with Old School's 6th birthday, we're adding lots of new merch to our store alongside the livestream! You can expect some new pins and keyrings from AngelsScapes including a commemorative 6th Birthday Gnome Child. 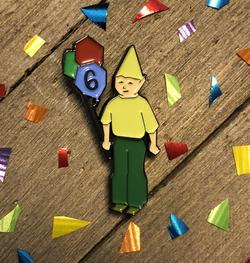 Following player requests during Combat week of QoL month, these two changes have been made:

Magical weapons which share the same spell selections will now remember previously chosen spells for autocasting. This means you can switch between your various weapons, knowing that the same spell will be ready when you switch back to your staff or wand! Note that your autocast selection will not be remembered in PvP areas. 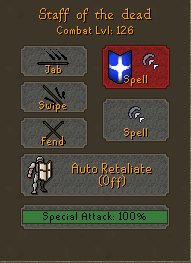 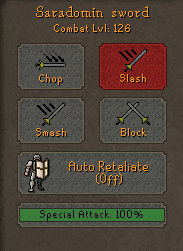 Here's an example of how the two changes above may interact to be aware of:

If you use the Ancient staff on autocast mode, and are on the Ancients spellbook, you can correctly select an ancients spell. If you then switch to a sword, you come off of autocast, and if you switch back you go onto autocast.

However, if you switch to, say, a Fire staff which cannot cast ancients, it correctly switches to a melee mode, this then has changed the combat mode for all staves, so re-equipping that Ancient staff will not put it back into autocast mode.

During Skilling week of QoL month, you asked for several processes which require each individual item to be used to happen automatically, so we've made these changes to the processes below. Note that doing each of these manually will still be faster waiting for them to happen automatically to avoid affecting current XP rates. However, the automatic option offers a less click intense method to those who want it. 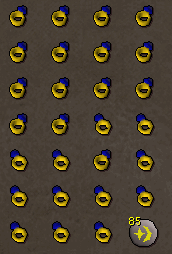 Enchant jewellery spells will now automatically enchant the next items of the same type once the spell has been cast on the first. For example, a player who selects to enchant a Sapphire ring, will have all other Sapphire rings enchanted over time in their inventory. The three processes below will also continue automatically once started:

The Magic skill guide has had its icons updated to be the relevant spell beside it: 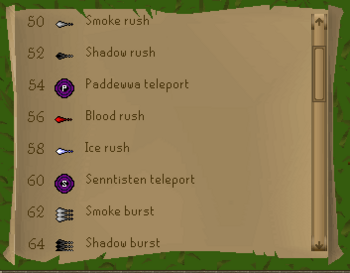 The following remaining changes from both the Combat and Skilling weeks of QoL month have also been made: