This week sees the arrival of A Porcine of Interest, along with more updates from Poll #72.

HOTFIX:
We noticed an issue with the new herb cleaning feature while using the Herblore cape perk.
As a result, we've temporarily disabled the new auto-clean feature while the cape/Max cape is equipped to retain existing functionality.
Next week's game update will fix this.

A Porcine of Interest 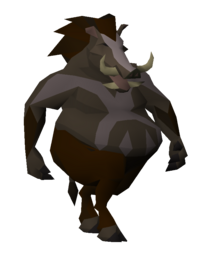 Slayer's hogging the spotlight this week with the release of a new novice quest designed to introduce newbies to the skill. Are you ready to track down A Porcine of Interest?

As a novice quest, there are no skill requirements to start A Porcine of Interest, but you will need to be a member. To begin, simply take a gander at the town notice board in Draynor, where you’ll see that Sarah the farmer needs an adventurer’s help.

Head over here for a detailed rundown of what to expect.

Once you’ve finished A Porcine of Interest, you’ll gain access to a new Slayer monster, the sourhog. This stinky beastie likes to spray unwelcome visitors with gunk, so you’ll need your new goggles to fight it.

You’ll also meet Spria, a new low-level Slayer Master who’s taken up residence in Draynor Village. She’s happy to share her knowledge and experience, so she’s a great first stop if you plan on mastering the Slayer skill.

Next up, let's hear it for another round of updates as voted on by you in Poll #72!

Gems stolen from a gem stall can now go straight into a Gem Bag, provided you have one in your Inventory. 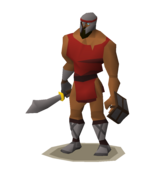 A small tribe of hill giants have moved into their new home on the Desert Plateau where Clan Wars once stood. They’ve really acclimatised to the local culture, too, and will drop steel scimitars and iron med helms instead of steel longswords and iron full helms. Be sure to give them a warm welcome!

You may now clean all your herbs automatically after cleaning the first one in your Inventory.

Zahur is now able to clean banknoted herbs for her usual fee. If you’d like to take advantage of her services, she can be found north of the bank in Nardah. You will still need to have completed the Hard tasks in the Desert Achievement Diary.

Remember, you haven’t seen the last of Poll #72 yet! Look out for further updates in the coming weeks.

Now, let’s talk business. This week we had a peek behind the scenes of the Grand Exchange, and we realised that some of the buy limits – which control the number of each item you can buy every four hours - don’t quite match up correctly.

For example, there are several items – runes, for example – that don't have buy limits that match up to the amount we feel players should be able to purchase in one go.

On the other side of the spectrum, you can sell up to 10,000 of some rare items when the usual limit is much lower.

We won't be going into the exact details at this time, but the buy limits for the following items have been adjusted:

Expand below to see the items 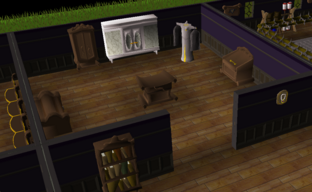 Following last week’s rework, we’ve made a few more adjustments to the Costume Room in the Player Owned House.