This week we've got a big update for Great Kourend, both visually and otherwise! New pathways and scenery have been added all over Great Kourend and a new miniquest, Architectural Alliance, will now allow you to keep your favour with all houses. We've also got a re-work to claiming prayer books and lots more quality of life content!

The city of Great Kourend was hit by a vicious storm. Once it had passed, citizens came to realise that the statue that once stood in the center of Kourend had been torn to pieces in the bad weather.

An architect by the name of Hosa, found in the center of Great Kourend, is attempting to erect a new statue in place of the old one to commemorate the king. However, he cannot do it alone. He needs your help to gather architects from the five houses of Great Kourend who can assist him in finishing the statue. 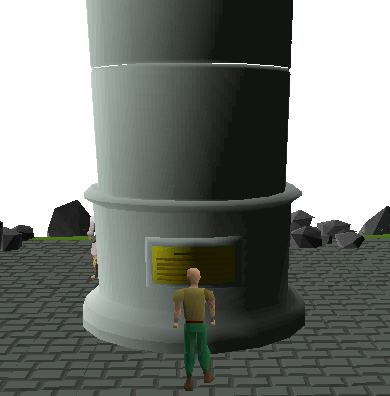 Head to the center of Great Kourend and talk to Hosa in order to begin the Architectural Alliance miniquest.

Throughout the miniquest you will be required to earn 100% favour in each house. Upon completion, you will have 100% favour for each house in Great Kourend, will be unable to lose favour and will see the brand new statue of the king in the center of the city!

Architects from each house in Great Kourend have been working on a project to improve pathways around the city. As a whole, Great Kourend is now a bit prettier and easier to navigate.

Additional scenery can also be found throughout the city.

The prayer books received as a reward from Horror from the Deep are very popular pieces of equipment. Retrieving and unlocking these books just got a whole lot more simple! 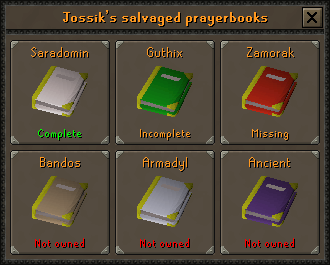 Talking to Jossik about prayer books will open up a brand new interface from which you can retrieve completed prayer books and missing prayer books. You can also unlock new prayer books for a one-off fee of 5,000 coins.

It is possible to get multiple copies of completed prayer books from Jossik for no cost. However, you may only retrieve one copy of incomplete prayer books.

The gate found just outside the eastern entrance of Varrock can now be used by players who have achieved 153 kudos in the Varrock museum.

Tomorrow we will be releasing a new Lootshare developer blog to discuss what we would like to offer in preparation for a poll starting on Monday. Keep an eye out for the blog and be sure to give it a read once it is live!