There are some great things coming up in August for Old School and The Month Ahead is here to give you a quick glimpse into what is planned.

Click here to head over to the forum thread and check out The Month Ahead.

August - The Month Ahead

August has arrived and the month ahead is going to be a good one. Here is a sneak-peak of some of what August has in store.

In next week's poll you will be able to decide if the Bounty Hunter target system, as described in the developer blog, will make an appearance in Old School.

The Bounty Hunter target system is a nifty game mechanic that challenges a player in the wilderness to take out a specific opponent. The aim of the system is to add another level of challenge to PvP while condensing the PKing population onto a world where the mechanic is available, creating a more active wilderness.

In-game polls will also be making an appearance in next week's poll, allowing you to decide if you want the ability to take part in the regular content polls from inside the game.

In-game polls would make the content polls significantly more accessible for all Old School players and would, in all likelihood, increase the number of players that we see voting. The more players that vote, the better our understanding of what it is that the players want and the better our updates will be as a result.

We recently ran a poll poll to get an idea of how players imagine in-game polls working within Old School. You can see the details and results of the poll poll here.

There has been an immense amount of support from the players to see the release of the Coporeal Beast in Old School. With the forum thread we set up to discuss the Corp we saw an astounding 800+ replies which goes to show just how important the Corporeal Beast is to the players of Old School.

Later on this month there will be a developer blog discussing our plans for the Corporeal beast based on the tremendous amount of feedback that you have given us to work with. 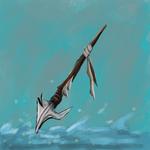 Artisan is a proposed update that a huge number of players want to see in Old School. After several developer blogs and unthinkable amounts of feedback from the community the final Artisan poll will be seen later on this month. There will be a final developer blog released prior to the poll so that players can get a real understanding of what it is that Artisan offers Old School.

If you haven't yet seen the last Artisan developer blog, click here and make sure to give it a read.

Since the start of the Clan Cup battles have been raging on every Saturday and the finals are fast approaching. Later on in August the winners of each cup will be announced and they will commemorated forever with their in-game relics.

Keep an eye out as some of the final events will be livestreamed on the RuneScape Twitch.tv channel.

As always there will be a constant flow of livestreams, including the community livestreams every Wednesday, developer Q&A every Thursday and numerous guest streamers, on on the RuneScape Twitch.tv channel.