The Month Ahead for August has just gone live over on the forums. Be sure to give it a read to find out what we've got planned for the next month!

AUGUST - THE MONTH AHEAD

August has arrived and we've got a month of exciting content ahead! Last Man Standing will be arriving later on this week and just down the line we've got the player-owned houses update!

Later on this week we will be releasing Last Man Standing into Old School RuneScape, available for all players to enjoy! The minigame will be available on three worlds, one of which will be free-to-play.

Over the course of July we ran several Last Man Standing betas to gather feedback on the minigame. During the three betas we received invaluable feedback from many members of the community, and as a result we've made some substantial changes to the minigame in preparation for release.

Let's take a look at some of the changes we've made since the first beta.

The first key piece of feedback we wanted to address in Last Man Standing was multi-combat vs single combat. The benefits of multi-combat were that it prevented boxing to stay alive until the last few moments of a game, however the negatives were that the gameplay was undesirable for solo players.

After disabling multi-combat in the second beta, we found that players were finding the minigame far more enjoyable and saw a massive increase in the number of people playing. In the final release of Last Man Standing, the entire map will remain single combat as a result of the feedback from the betas.

The equipment you can potentially receive within Last Man Standing has been substantially buffed all around. You're now far more likely to get your hands on a starting weapon and the available gear is higher level. 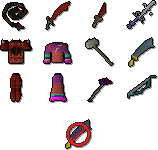 Another way to get your hands on higher level gear is via vending shrines. No longer do repeat loots or unlucky chests have to be a total loss. You can trade in your unwanted items in exchange for tokens, spent on the gear you would like.

Last year at RuneFest we announced that we would be working on some big new additions for player-owned houses. We mentioned two new types of room and a menu to help you manage your house. These highly anticipated updates will be on their way into Old School later on in August! 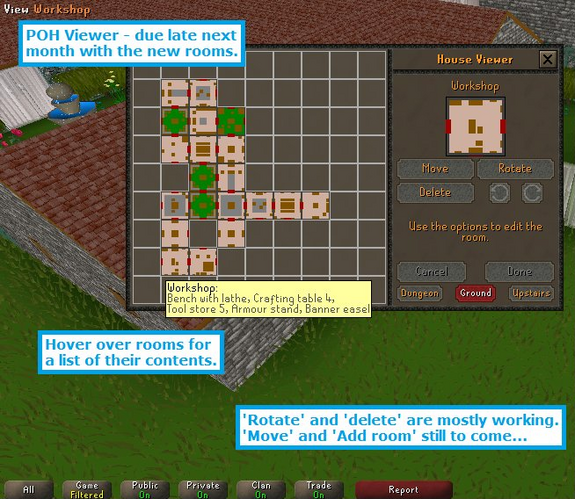 The beauty of this menu is that when moving and rotating most rooms, you won't have to part with the furniture you've built inside it. You can move and rotate rooms while preserving their contents. 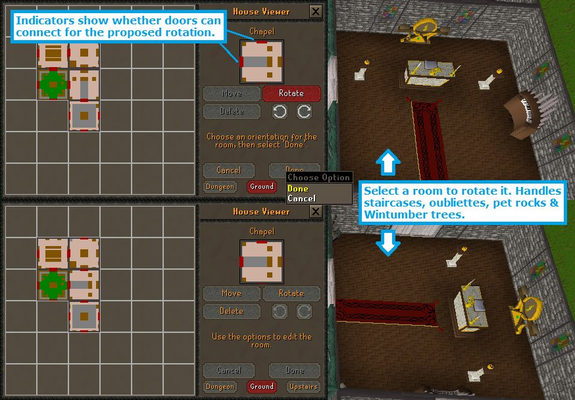 This menu is still in the pipeline, but we're hoping to have it out later on this month for you to get your hands on.

Two new rooms are on their way to player owned houses. The superior garden and achievement gallery are high level rooms, offering some exciting additions to player-owned houses for players with high Construction. 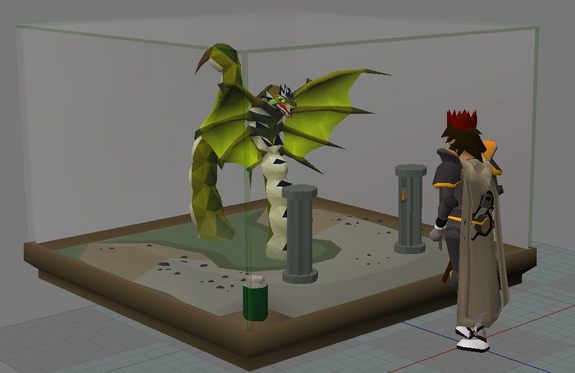 The superior garden will require level 65 Construction to create and will offer the following: 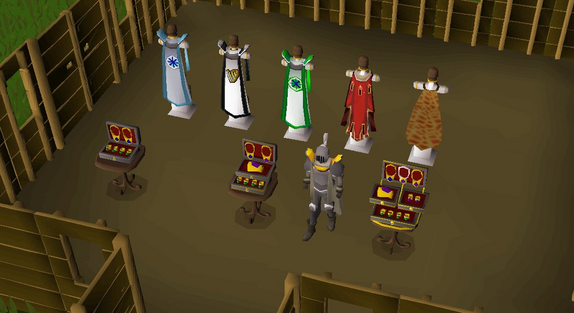 The altar hot spot allows you to place one of three new kinds of altar. They can be used to switch spellbook on the fly.

The log display allows you to show off your various in-game logs to anyone who visits your house.

Each jewellery box will require a number of gems to create, including quite a few dragonstones for the fancy and ornate boxes.

Each display can be created using jars dropped by the appropriate monster.

The mounted display allows you to show off some of the most prestigious items in game.

The quest list hot spot is a long parchment on the wall which can be used to display your progress through every quest in the game. It will show whether you have not started, started or completed each quest.

Next week we will be releasing a follow-up blog for raids rewards. We'd like to address some of the concerns of the community, as well as making a few tweaks to what was previously offered.

A little later on in the month we'll be running content poll #46. This poll will be packed with your top quality of life requests, as well as any other pieces of content we can fit in.

If you have anything you'd like to see appear on content poll #46, let us know! The poll will be coming to a poll booth near you very soon.