This week brings some balancing to Bird houses and Bird nests as well as some changes to PvP.
Bird House And Bird Nest Balancing

As discussed in last week's news post, we are going ahead with some integrity changes designed to stabilise the price of Saradomin brews and reduce the influx of bird nests into the game. We decided this was necessary as the cost of brews was being lowered to a point that regular food was affected. Bird houses have introduced many bird nests into game and are widely accepted to be overpowered. 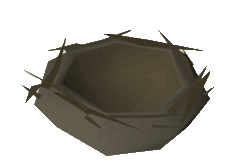 The bird nest drops have been removed from Vorkath and Zulrah. Callisto's bird nest drop has also been removed and replaced with 30 Dragon bones. This will reduce the number of nests coming into game while also contributing to our efforts to stop skilling resources being gained via PvM. This makes the other drops from these bosses slightly more common with the exception of their uniques. Therefore, these changes will not significantly affect the profits of farming these bosses. As it was originally designed to be the PvM method of obtaining bird nests, the Giant Mole's loot table has been left unaffected. 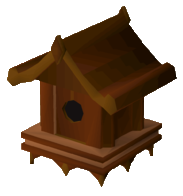 Our goal is to reduce the overall number of bird nests coming into game from bird houses but leave them as a viable passive Hunter training method. Bird houses are intended to be good passive experience at lower levels and rewarding through bird nests at mid to high levels. As such, the XP rates remain unchanged.

Many players within the community suggested making bird houses untradeable, forcing players to have an equivalent Crafting level to use the highest tiers. However, this does not address the issue. Rather than making an overpowered activity exclusive to the high level community, we would prefer to make it balanced and viable while leaving it available to all players. One of the key issues was that Redwood bird houses produced as many as 12 bird nests on average per run, requiring 89 Hunter while Yew bird houses produced only two fewer nests on average at 59 Hunter. For this reason, making bird houses untradeable would not make them balanced. Moreover, fixing the scaling of bird nests being produced is preferable to simply increasing the time bird houses take to fill as we prefer to avoid forcing a change how often players engage with the content.

To achieve this, the overall number of nests received has been lowered. Rather than being determined solely by the tier of bird house being used, the number of nests received is now also influenced by your Hunter level. With 89 Hunter and using Redwood bird houses, you can now expect to receive 9.8 nests on average per run, with only a small number above that at 99. At level 5 Hunter using the regular bird houses, two bird nests will be received per run on average.

The quantity of hop seeds gained from Master Farmers has been increased but frequency has been left the same.

Herb seeds can now be used to fill bird houses, with seeds up to Ranarr providing one charge each. Ranarr seeds and above provide two charges each.

Ahead of the upcoming Bounty Hunter rework and Deadman season we are making some small PvP changes.

Anglerfish no longer overheal if the player is in the Wilderness or on a PvP or BH world AND has been in combat or recently attacked a player (within the last 10 seconds).

Players may no longer cast Energy Transfer on targets that have recently been in combat on PvP worlds.

Players may no longer pre-queue a Granite maul special attack. 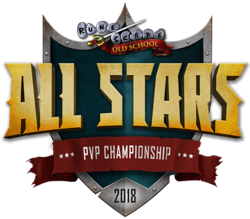 Egos will be shattered! Tune in and suupport your favourite content creator this Saturday.

The All Stars: PvP Championship kicks off this Saturday (24th Nov)! For all the information on who is competing and how it will take place, check out this news post and head over to the All Stars website on osrsallstars.com!

Our offers include free shipping on all orders over £50/60 Euros/$70 from now till 12pm PST Monday 26th November.

For those of you into Slayer, a brand new Skill Cape keyring has been added! 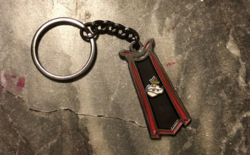 We're also pleased to announce that the Vorkath deskmats and Godsword keyrings are back in stock among other popular items. The above offer includes the large fine art prints of the illustrated Gielinor map, deskmats, tees, hoodies, mugs and the Angels Scapes pins and keyrings.

To get your hands on some, head over to the merch store!