This week's update sees another change from Poll #73!

You can now swap different types of dart into the Toxic Blowpipe without having to first remove your current ammo. To do so, simply use the new ammunition on the Blowpipe.

In addition, if the Toxic Blowpipe is the only scale-using item in your Backpack when you use scales on it, the game will attempt to put the whole stack in without asking how many you want to add.

As you’ve likely spotted, this is by no means the last of the Poll #73 changes. Never fear, we haven’t forgotten them! Check back next week for more.

Last week changes were made to make the Wilderness teleport tabs consistent. As a consequence, another change players were after was highlighted so we've made the following change:

Wilderness warnings have been re-added on the relevant teletabs. These can be toggled on and off by using the right-click/long press 'Configure' option. As a result, the 'Break' option is now back on left-click/tap.

We know you’re anxious to hear more about our plans for the Revenant Caves. In the past month or so, we’ve been discussing a number of options and opinions among the team. While it’s interesting to see the emergent gameplay coming out of the caves, the data we collected shows that there’s no way we can leave the content as it is.

We received plenty of suggestions from players and we know that two of them have become particularly popular: roaming revenants and modifying the caves.

Unfortunately, we will not be moving forward with roaming revenants. These were first created as a replacement for PvP – they were there to emulate the experience of being attacked by a PKer. We fear that roaming revenants will quickly become annoying for both PvM players who want to enjoy Wilderness content, and PKers who will consequently find fewer lucrative targets. More damningly, it just moves the frustrations players experience in the Revenant Caves to the rest of the Wilderness.

So this leaves us with the second option: modifying the caves. The research we’ve conducted seems to indicate that the problems with the Revenant Caves are more to do with the nefarious ways they are being used than the caves themselves – so our modifications focus on reducing the possibility for abuse.

To begin with, we’ll be distributing the revenants all throughout the caves. Now that they’re roaming free, it’ll be harder for unscrupulous types to stop other players from accessing them. In the future, we may add even more revenant spawns – although that all depends on whether players feel that’s a necessary step.

Next, we’ll be removing multi-way combat in the caves and replacing it with what we’re calling ‘singles plus’. As you know, in normal parts of the Wilderness, players who are attacked by an NPC are not attackable by other players. This is great when it’s used legitimately, but it causes issues when players run into a field of NPCs and ‘box’ them in an attempt to escape a PK.

The ‘plus’ in singles plus is how we plan to solve this issue. Put simply, PvP combat will always take priority in the Revenant Caves, meaning that if a player is in combat with an NPC and a PKer appears, the PKer can instantly ‘PJ’ the player away from the NPC and bring them into PvP combat.

In all other aspects, the usual single-way combat mechanics would still apply.

As part of the Revenant Caves work, we're also going to be looking at the drop table of the revenants themselves along with the mechanic where skulled players receive better chances of better loot. Post-launch this will likely be one of the main points of discussion about the content, and working together we can ensure this offers suitable value for the risk involved.

Lastly, we’ll be rehoming the Slayer monsters in the Revenant Caves to a cave of their very own in an appropriate Wilderness level south of Larran’s Chest and north-west of Venenatis. This multi-way combat dungeon will be much more spacious, which leaves us open to expand the Wilderness Slayer task list in future. All the creatures in the new dungeon will have a boosted chance to drop Larran’s Keys, so they’re well worth hunting down.

We hope you like the sound of these changes, although we know that this is a highly controversial topic. As always, we welcome your thoughts and will be actively working to fine-tune our proposal in accordance with player feedback.

We’d also like to take this opportunity to discuss some other hot-button PvP issues, including Vesta’s Longsword. This powerful weapon was first introduced into Old School via Bounty Hunter in April 2020 – but since Bounty Hunter’s removal it’s essentially been gathering dust in players’ Banks because it’s only usable on Target Worlds.

We’d like to propose making Vesta’s Longsword usable in all PvP worlds, but only during PvP combat.

At this time, we will not be enabling Vesta’s Longsword in PvM combat. Such a change would significantly alter the existing meta, and we never want to put PvM players in a situation where they feel they have to play on PvP worlds to achieve maximum efficiency.

We are, however, happy to discuss this further. Let us know your thoughts on Reddit, Twitter, Discord or the Official Forums.

Blighted items are another casualty of the Bounty Hunter removal, and just like Vesta’s Longsword, we’d like to make them usable on PvP worlds. We’re still ironing out the details, but they might appear in limited areas, everywhere at once, or in stages.

Let’s talk about that last one, since it’s not especially self-explanatory. The first stage of introducing Blighted items would be to make them available only in designated PvP hotspots – the same places where the Looting Bag works. If that proves acceptable, we’d then release them to the rest of the PvP worlds.

No matter how we release the Blighted items, we’ll be making tweaks to the Last Man Standing store to ensure that we’ve hit the right balance of Blighted items flowing into the game economy.

To help celebrate World Mental Health Day, we’ll be hosting a Mental Health Discord Q&A with our wonderful partner charities: Rise Above the Disorder, The Prince’s Trust, and CPSL Mind.

Join us on the Old School Discord Server’s mental-health-q-and-a channel here; this Thursday, October 8th between 17:00 and 19:00 to chat with us about mental health and hear some tips on how to cope with what 2020 has thrown at us so far. Feel free to jump into the discussion, ask questions, or just read along! 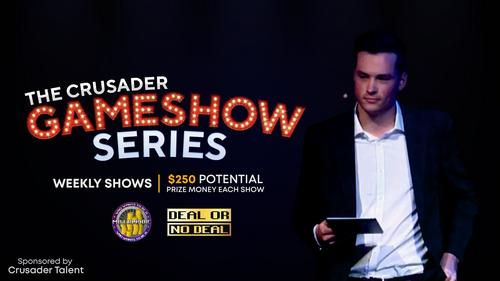 Gielinor's greatest quizmaster will be hosting an Old School-style game show each Tuesday until December 1st. Whether you Want to be A Millionaire or you're just looking for a Deal (or No Deal), this is bound to be entertaining.

Plus, each stream will feature a new 'Crusader Creator' – a celebrity guest!

To join in the fun, head to the stream this Tuesday, October 13th at 9:00AM BST.