Update:Boss Heads and Chambers of Xeric

This week sees the release of increased utility for boss heads and further Chambers of Xeric Chambers changes.
Boss Heads

As the stacks of boss heads have been building in players' banks, we've received more and more requests to add ways to make them useful, beyond the one-off uses such as re-colouring your Slayer helm. In response, we have made the changes found below to give some additional options.

Assembler Effect for the Ranging Cape

Those of you who have slain Vorkath enough times to get a Vorkath head drop can now use it on a Ranging cape to give it the same ammo collection rates as Ava's assembler. Until now, the Ranging cape has had the ammo-saving effects equivalent to Ava's accumalator. Bear in mind that you'll need to use Vorkath's head directly onto the cape - using a pre-made Ava's assembler will not work.

You can now sacrifice your excess trophy head drops on Dark Altar to gain Prayer XP. This gives a flat rate of 2,500 XP for each head except Vorkath's which grants 1,000 XP as it's the most common. Using the Dark Altar in this way does not require any Arceuus or other favour and can be done in bulk, hence the reduced XP compared to using Vorkath's head as an Ensouled dragon's head sacrifice - which remains an option. 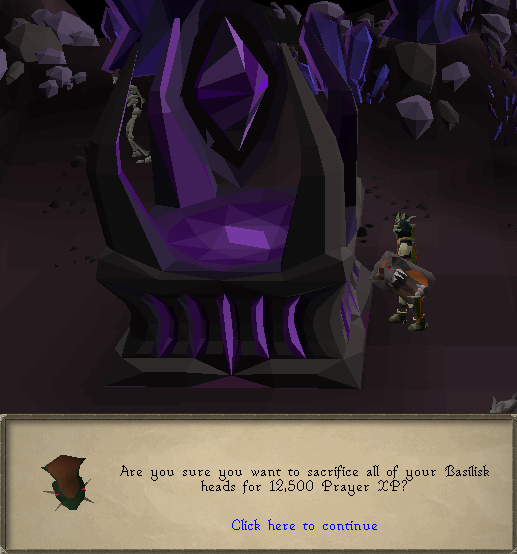 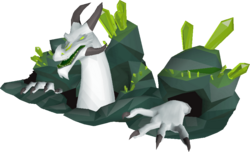 This update also brings more of the changes we proposed in last month’s Chambers of Xeric Revisited blog. We’re still not done with the Chambers; in particular, we’ve yet to address an issue with the Vanguard detailed in the blog, and players have suggested other things they’d like us to improve about the balancing of the Chambers. In the meantime, the following changes have been made:

Last week we switched the rota to Period A, but we left world 325 open as a second PvP world, as an experiment to see whether there’d be enough traffic for two of them. If this had worked out, we’d have been able to take worlds 324 and 325 out of the rota, and leave them both open as standard PvP worlds, permanently.

However, the splitting of the traffic between the two worlds hasn’t worked well, and we’d like to end the experiment now. As it’s Period A, world 324 will remain open as the standard PvP world, and world 325 will no longer be a PvP world until the rota switches to Period B, on Thursday 21st.