It's been almost a week since the Bounty Hunter rework Beta opened. We've received lots of feedback and we're ready to make improvements to the minigame design, and to the Beta itself. Here’s a look at the changes coming this week, and further tweaks on the way later down the line.

To make the Beta a more accurate replica of Bounty Hunter, we're limiting the items available from the equipment chest to ones commonly used when PKing - no more running around with Elys and Scythes! 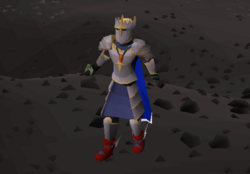 For faster gearing up, we encourage you to use the builds found in the Load-Out section. We'll also remove the option to customise your stats to prevent bypassing Prayer or equipment requirements. 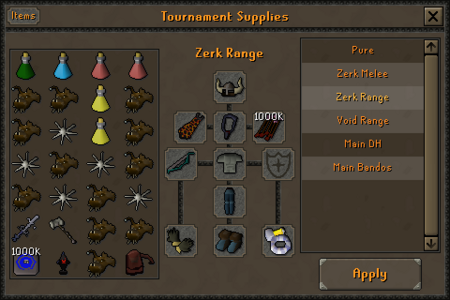 Adjusting the curve in this way should make the minigame more rewarding both for newer PKers who get fewer kills and for everyone overall. 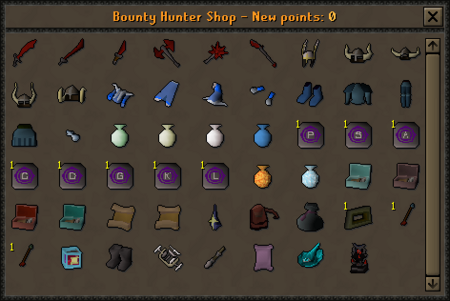 The exception to this rule is the cost of the Rune pouch, which may be adjusted depending on potential future changes such as becoming available elsewhere, becoming tradable, and having its price reduced in the Slayer points reward shop.

The Rune Pouch and Looting Bag

Players have correctly pointed out that if you don't have the Old Bounty Hunter points stored, the Rune pouch cannot be accessed from that shop. At the moment, this means getting enough Archaic emblems from Wilderness Slayer to buy a new one. We would like to add a temporary alternative while the Beta is running.

Slayer masters will sell you a Rune pouch for 1,500,000 GP. This is a temporary measure to allow players access to the item for the duration of the Beta. The original plan was to have the item available from Krystillia (who is close to the Emblem Trader) but Slayer masters share the same shop and we don't see any harm in it being accessible elsewhere during this temporary measure. Ironmen won't be able to obtain a Rune pouch this way.

In the next available poll, we would like to offer making it tradeable, decreasing its cost in the Slayer Points Reward Shop, and adding it to other activities (likely Last Man Standing and the Mage Training Arena).

Similarly, the Looting bag will be temporarily available in the Slayer Master shop for 30,000 GP. Just like the Rune pouch, this will be removed when the Beta closes.

Many of you have voiced concerns about the profitability of Wilderness Slayer once Archaic emblems are removed from its loot table at the end of the Beta. Rest assuredthat we don't want any changes to leave the activity in a worse state. Dagon'hai robes are still being added to the chest as well as Clue Boxes mentioned below.

We would like to see the effects of these changes on Wilderness Slayer before making any other adjustments. If the activity is still negatively impacted afterwards, we will look to rebalance it. This could mean adjusting the drop rate of Larran's keys, improving the Larran's chest loot table, or adding a drop to replace the Archaic emblems.

To alleviate the concerns of certain restricted accounts, these two upgrade scrolls will be added to the Wilderness Slayer loot table. They will also remain in the Bounty Hunter rewards shop.

Similar to the scrolls, there are (fair) calls for Clue Boxes to be obtainable elsewhere in addition to the Bounty Hunter rewards shop. We would like to add these as an additional roll from the Larran's chest found in the lower part of the Wilderness. Three or four may be given at a time so that this roll would be adequately rewarding.

We've heard consistently from feedback that the tasks need to be more rewarding and varied. To achieve this, we could make the tasks cycle more frequently than every 30 minutes. This could be changed to 20 or 15 minutes - let us know where you think the right balance is between having enough time to complete them and having frequent enough cycling is.

To increase the variety of tasks, we'd like to add more of them. Our thanks go to the players who suggested the following tasks:

We would also like to tweak the following existing tasks:

To increase the variety of the game mode and introduce a high-risk, high-reward element, we're exploring a design idea for a hotspot system. This would involve selected locations in the Wilderness being selected (one at a time on rotation) as areas that provide bonus rewards.

Rewards for killing targets in the hotspot could include bonuses to points earned and the rate at which emblems are upgraded. Hotspots could have elements of an earning-potential system whereby your rewards multiply based on your current killstreak.

We're also working with the community on additional mechanics to make the gameplay more exciting and are open to all design ideas! Let us know what you think of the idea or send us your own on these Twitter and Reddit threads as well as the official forums.