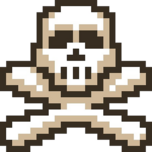 This week, based on how Bounty Hunter's been used since its relaunch, we've made some adjustments to the balancing.

Some reward prices have been reviewed:

We've also reviewed the task list, replacing some undesirable entries with a couple of new tasks based on the existing dragon dagger one. These new tasks ask you to deal the final hit with a dragon scimitar or granite maul (ornate and upgraded versions of those weapons are accepted too.) Players will only be given these tasks if they meet the requirements to wield the weapons, with the game also checking that a player has access to Ape Atoll to obtain a dragon scimitar.

In addition, we're very much aware that players commonly manipulate the game by cooperating for kills, including for emblem transfers where a player pays for a guaranteed emblem drop. While we don't expect to be able to prevent players from cooperating, we've added a measure to discourage large-scale emblem transfers.

Now, when an emblem is transferred via a PK drop:

There have been a couple of other alterations, too:

Lastly, now that Bounty Hunter is back with us, we've agreed to make some of its rewards available from another PvP-themed minigame: Last Man Standing. Justine's store now offers Magic Shortbow Scrolls, Ring of Wealth Scrolls, ornate maul handles, and clue boxes.

Keep your eyes peeled for further adjustments to Bounty Hunter as time goes on!

As you may have read in the New Player Experience Dev Blog, we're in the process of making some unpolled changes to the very early game. We believe these changes will help new players become more comfortable with the game’s mechanics and encourage them to explore the wonderful world of Old School RuneScape in full.

This week we're introducing a new NPC who will explain anything about account security that Count Check doesn't cover. He'll also point new players in the direction of the Stronghold of Security.

We've also taken the opportunity to make some small, inobtrusive changes to some of the free-to-play quests.

To begin with, all of the free-to-play quest journals have been updated to be more informative.

In the same vein, the Restless Ghost quest text is now less ambiguous about the next steps players should take.

Lastly, Farmer Fred in the Sheep Shearer quest will now provide you with some shears if you don’t have any in your Inventory, saving countless adventurers from a short but onerous walk to the General Store. 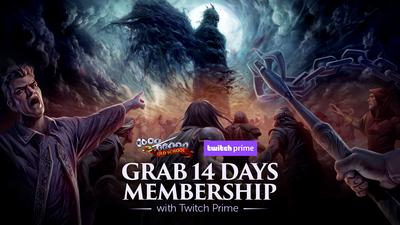 Make sure you follow the entire redemption process to claim your reward.

Since there has been both an EU and a US Bounty Hunter world open for the past few weeks, W318 UK will be closed for two weeks. W319 will remain open.