This week sees the release of Bryophyta, the new Moss Giant boss available to both members and free-to-play. Alongside that are your usual round of bug fixes whilst we continue development on the Chambers of Xeric: Challenge Mode, which will be ready for release very soon.

Deep in the confines of the Varrock Sewers, a giant Moss Giant lurks... Get your hands on a Mossy key and take on Bryophyta, the newly discovered Moss Giant boss! 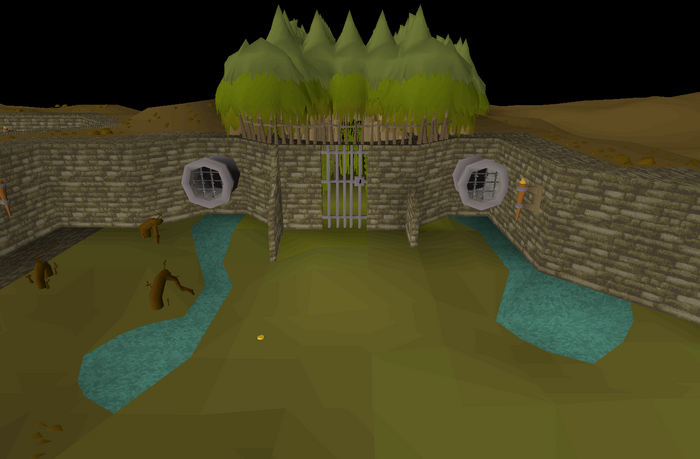 Bryophyta is an ancient and mystical giant Moss Giant who resides within the Varrock sewers, located to the east of Vannaka and near the Deadly red spiders. She is a mid-level boss and in order to enter her lair, players must first obtain a Mossy key from a Moss Giant. A Mossy key can be obtained from any Moss Giant, though if you have one as your current Slayer task you'll have an increased chance of receiving one. Each key can only be used once. 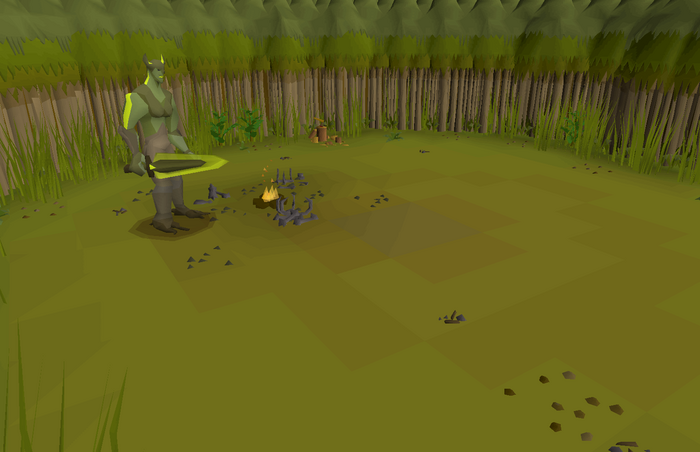 As with Obor's instance, death within the instance will cause you to lose your items. Hardcore Ironmen beware, she will take your status too.

For those of you looking to face against Bryophyta head on, we'd recommend combat stats of 45 and above. Free-to-play players should also come equipped with an Antipoison potion, which can now be obtained from the Apothecary via the "Potions" option when right-clicking him for a cost of 1 Cadava berry, 1 Limpwurt root and 5 coins. Alternatively, you can bypass this by purchasing them directly from another player or via the Grand Exchange! 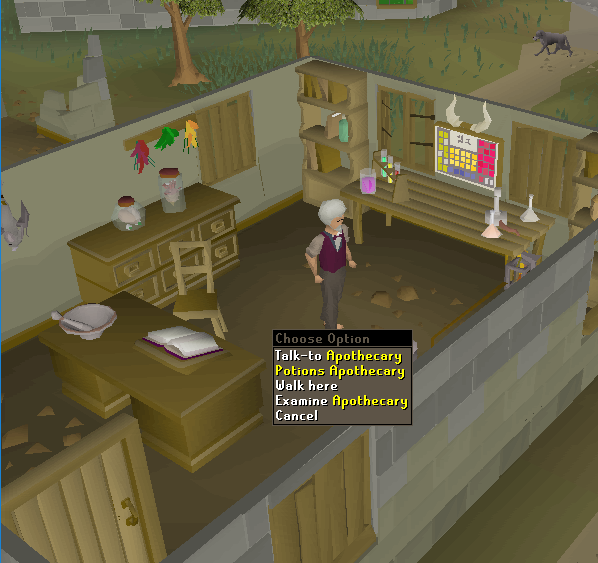 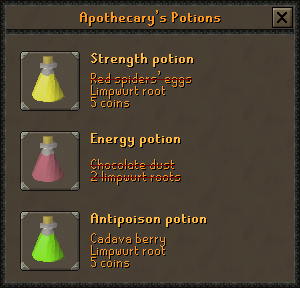 Bryophyta's staff requires 30 Attack and 30 Magic to equip, and has similar stats to that of an Ancient staff, although it is slightly slower. Bryophyta's staff can be charged with up to 1000 Nature runes, which causes it to become untradeable and acts like the player is holding 1000 Nature runes whilst it is equipped. In addition to this, the staff also has a 1/15 chance of not spending a Nature rune when any spell that uses one is cast whilst it is equipped. 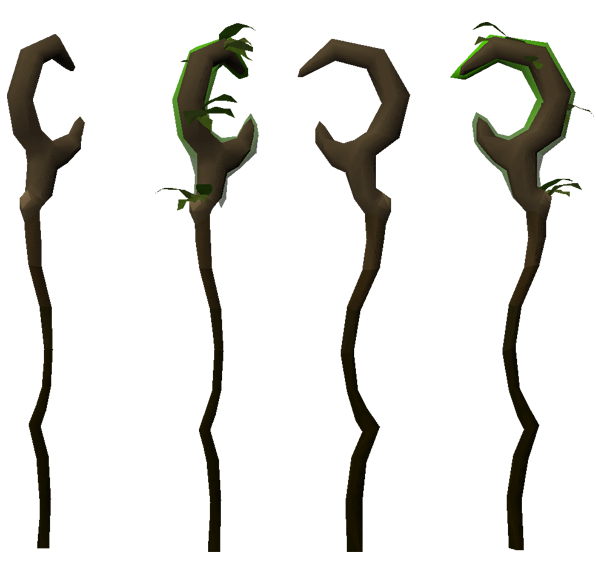 To make the staff tradeable, it requires uncharging. This process will destroy any of the Nature runes that were stored inside it.

The current active rota is Period A. For the next two weeks, until Thursday 17th of May. More information can be found on the dedicated PvP World Rota page, which will be updated every two weeks.