This week we cover some of the buffs included in our most recent QoL poll with improvements made to the Ardougne Diary cape, Leaf Bladed Battleaxe and the Chronicle. We also make some tweaks to the Revenant Caves and Mage Arena II, as well as announce the Mythical Cape design submissions.
Looting Bag

You can now use the "Settings" option on the Looting bag. This controls what happens when you ‘Use’ stacks of items on the bag. By default, the bag asks how many you want to store, but you can now choose to skip that menu, and always store as many as possible of the selected item. 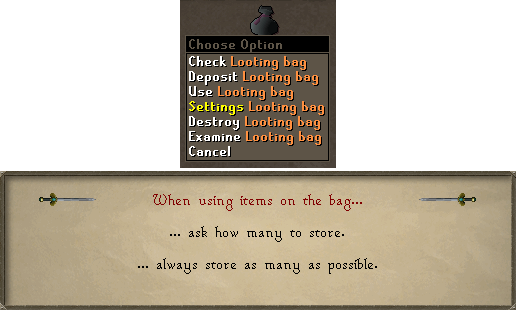 The default option is "... ask how many to store."
Ardougne Diary Cape 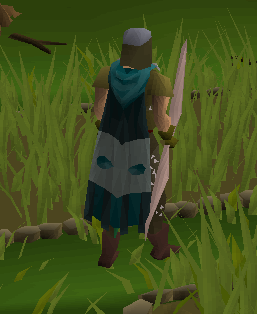 The Leaf-bladed Battleaxe should prove more useful. It will now deal 17.5% more damage against both Kurasks and Turoths, and has had its slash accuracy increased from 50 to 72. 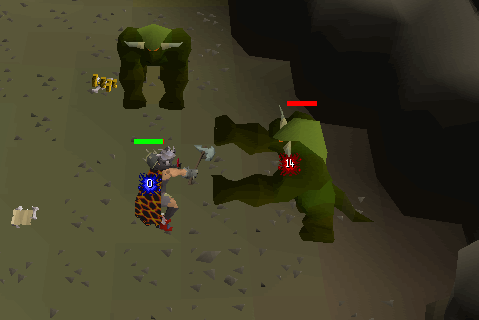 The Chronicle is a little more effective and will now hold up to 1,000 charges. The daily buy-limit has been increased to 100 to better reflect the stock levels, as mentioned in the previous poll blog. 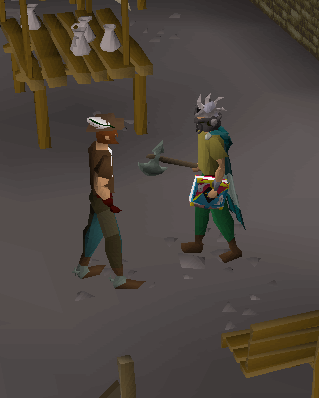 We recently ran a design competition, announced in this newspost. After reviewing all of the submissions, some of which were very interesting, we've whittled it down to the team favourites of those that are possible.

Now we need your help! The below capes are the 3 we need you, the community, to decide which is the best and should be added to the game. The capes will be added to a poll in-game tomorrow and will remain open until next week. The highest voted option will be deemed the winner! 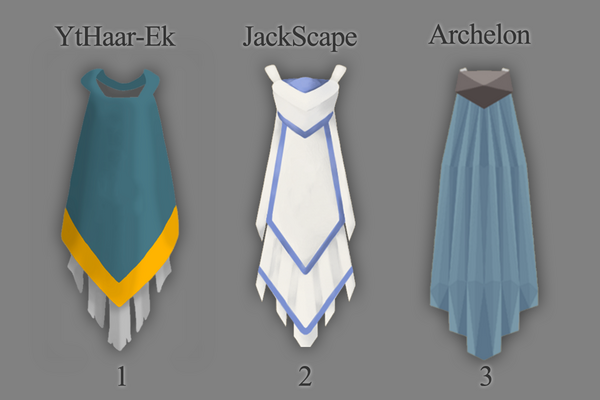 It is worth pointing out that most of the designs we received included a logo of some sorts. Although the quest is called 'Dragon Slayer II', the guild has been around for a very long time and has a very diverse group of members. Not all of them are famous dragon slayers and thus there is no logo for the guild, so we have removed them from all designs. This is something we should have made clearer at the time, but rest assured no decision was made based on the addition of a logo.

More information regarding the Deadman Winter Finals can be found on our news page here.

'Tis the Season to get Nasty...

Christmas is still coming, just not quite yet! Soon, players will once again be visiting the land of snow and helping Santa out.

As with all other seasonal events, we want to keep much of this update under wraps. There won't be long until the full story is uncovered, but until then, you'll have to make do with the below image! 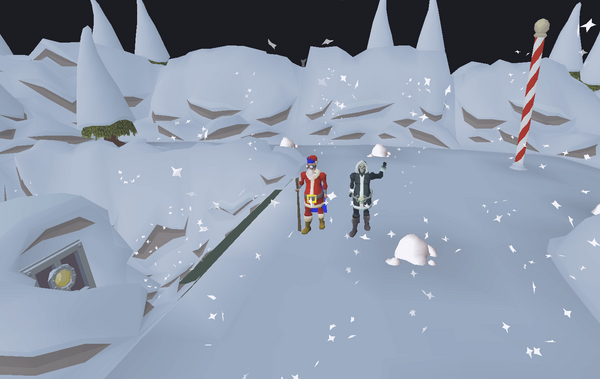 King of the Skill

King of the Skill has officially ended!

We will be spending the next few days going through the top ranks for all skills and the total level category before announcing the winners. We want to make sure the competition has been fair, so we will be undertaking thorough checks to ensure only the most deserving winners are rewarded. Winners will be officially announced on or before the 14th December 2017.