With Monkey Madness II set to come out next Thursday, this week's update is a small one. Nevertheless, we have some great quality of life updates to see you through until the release of the first Old School quest! 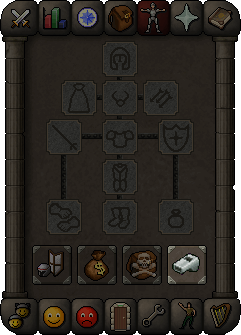 Of course, the call pet button won't allow you to summon your pets into areas they would not usually be allowed.

We've updated the Deadman Mode items lost on death interface to be up-to-date and to provide you with information on what you will lose in the various ways you may meet your demise. 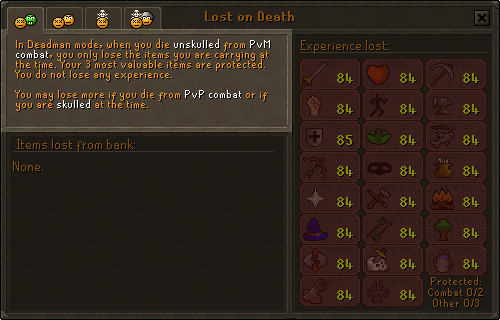 To accompany the recent update to experience lost on death in Deadman Mode, in the next few weeks we will be adding an interface to appear on respawn to let you know how much experience you lost.

Have you ever mistakenly planted a seed before you compost a patch? Have you ever lost a crop to an uncomposted patch? Well, never again will you have to live through such torment. 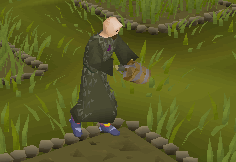 It is now possible to use buckets of compost or supercompost on a farming patch in the same way the Fertile Soil spell of the Lunar spellbook works.

With only one week until the release of Monkey Madness II, now is the time to prepare yourself for the release of the first ever Old School RuneScape quest! If you haven't yet seen the requirements for the quest, check them out and get training!

We are currently running a priority survey to help us better understand the Old School community as a whole. The results of this survey will help us construct a priority poll which will be coming to a poll booth near you in a few weeks time.

Don't miss your chance to help shape the future of Old School. Click here and fill out the priority survey.